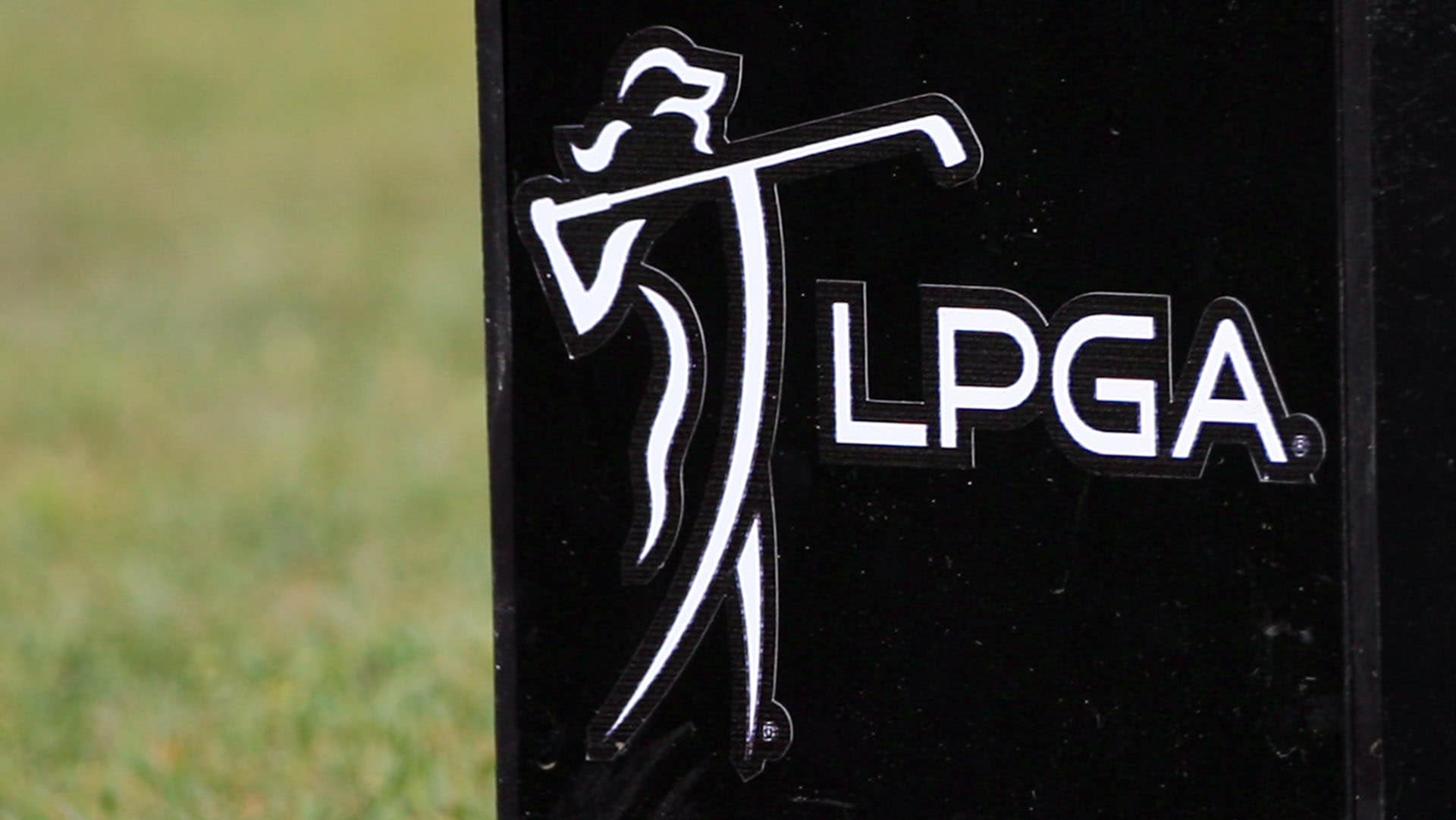 What happens if an LPGA player or caddie tests positive at a tournament and is forced to quarantine while on the road when the tour travels across the pond?

Three players who have tested positive for the coronavirus but are no longer symptomatic will play together at the Workday Charity Open, the PGA Tour announced Wednesday in the latest revision of its COVID-19 policies. Nick Watney - the first tour player to test positive - will play alongside Dylan Frittelli and Denny McCarthy during the first two rounds at Muirfield Village in Dublin, Ohio, the tour said. All three players continue to test positive for the virus but have met the Centers for Disease Control criteria for returning to work, the tour said. 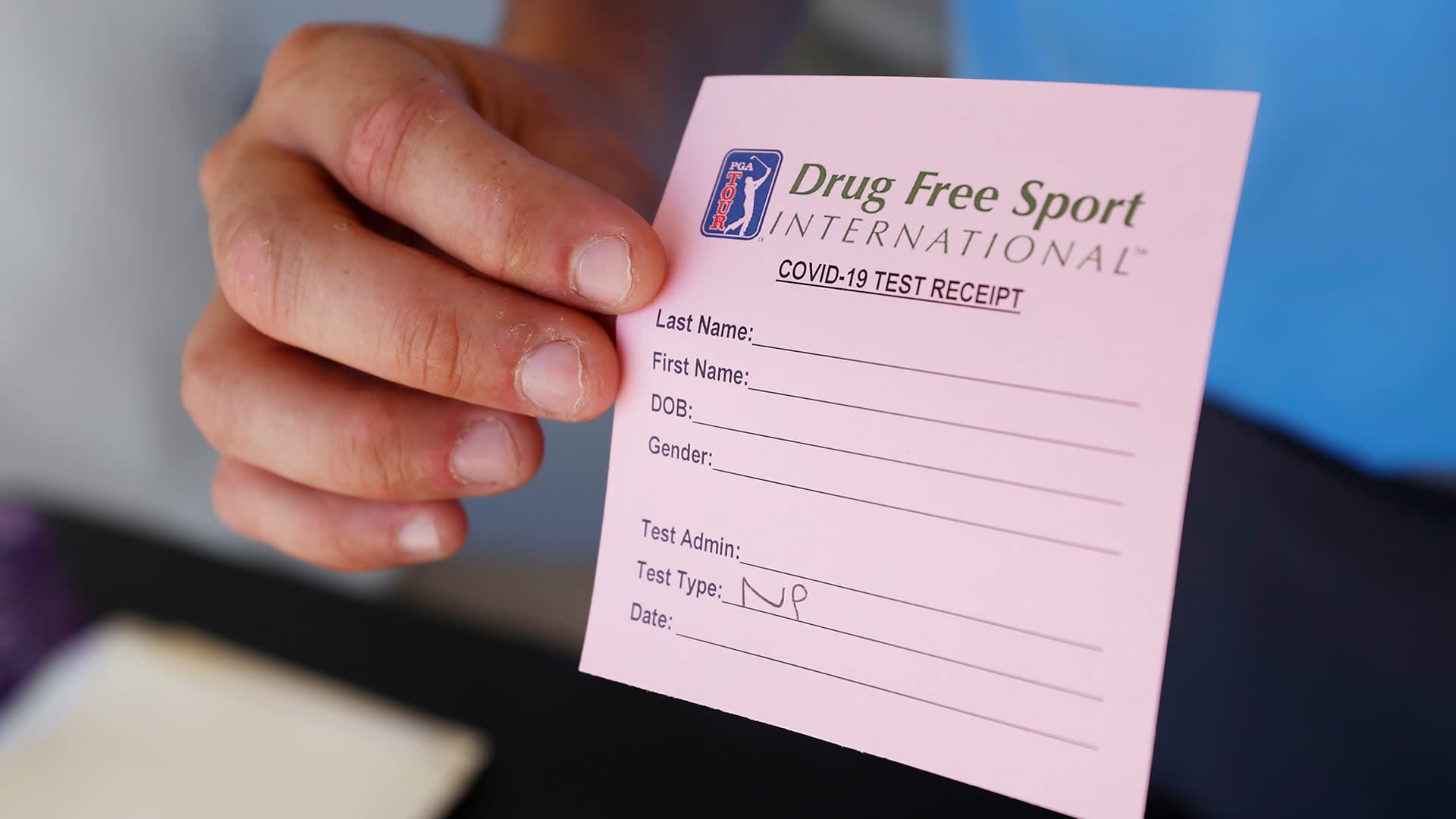 Players or caddies who continue to test positive for COVID-19 can now return to competition under certain guidelines. 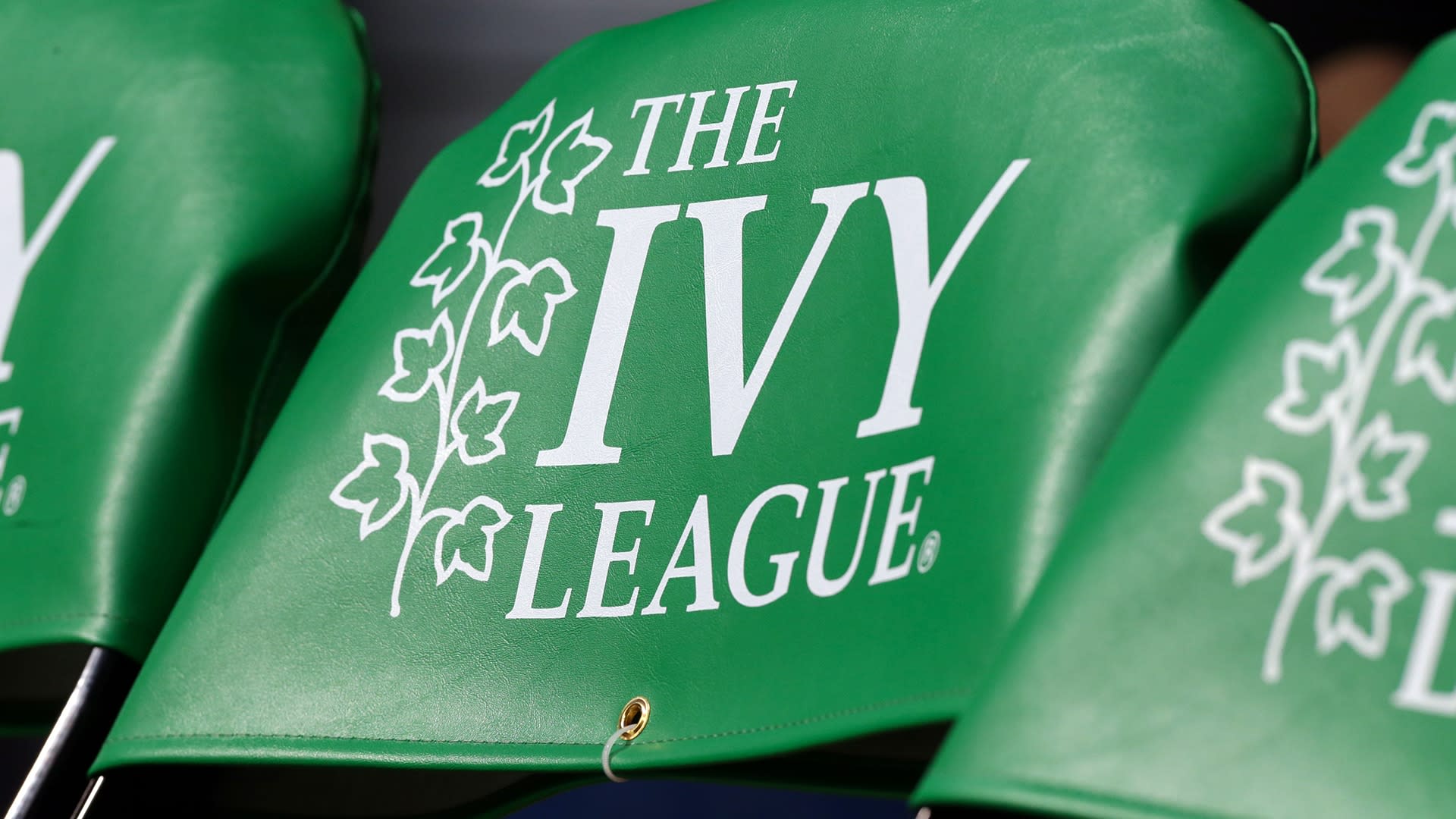 The league’s presidents have decided to cancel all fall sports, including golf, and its uncertain what a spring college golf season will look like. 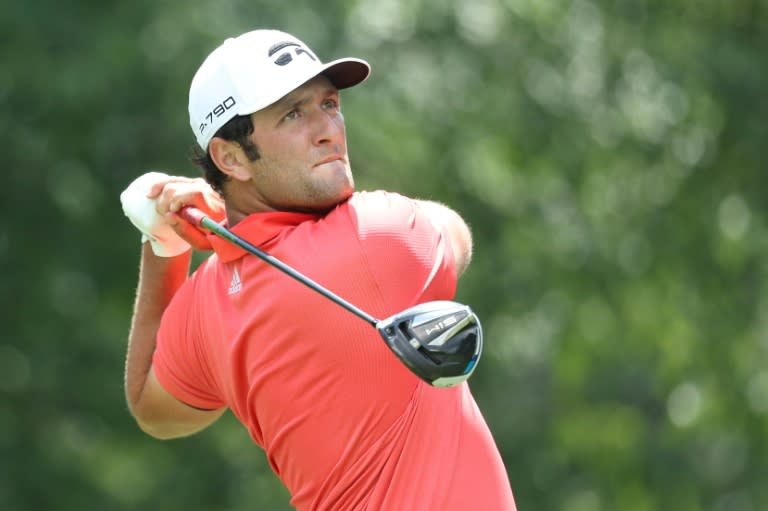 Spain's second-ranked Jon Rahm can overtake Rory McIlroy and become world number one for the first time with a victory at this week's US PGA Workday Charity Open. Four-time major champion McIlroy of Northern Ireland has topped the rankings since February, just before the start of a three-month hiatus due to the global coronavirus pandemic. The only Spaniard to hold the world number one ranking was the late Seve Ballesteros, who was there for 61 weeks, exchanging the spot with Australian Greg Norman from 1986-1989. 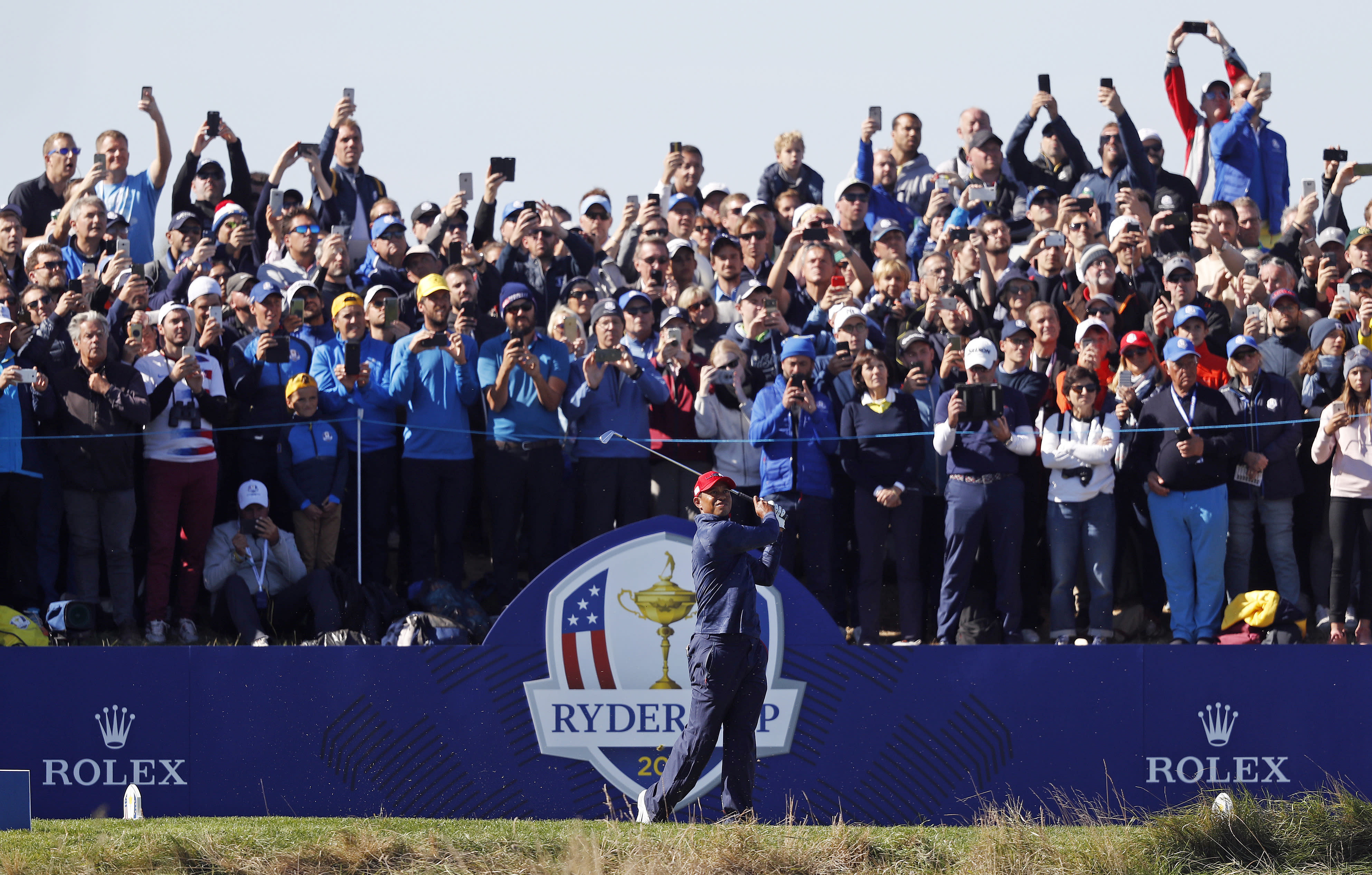 Seth Waugh knows how a Ryder Cup is supposed to look and how it should sound. In his first week as CEO at the PGA of America, Waugh was in the 72-foot high grandstand behind the first tee at Le Golf National outside Paris. The inevitable became reality Wednesday when Ryder Cup officials postponed the September matches until next year due to the COVID-19 pandemic that made it increasingly unlikely the loudest event in golf could have spectators. 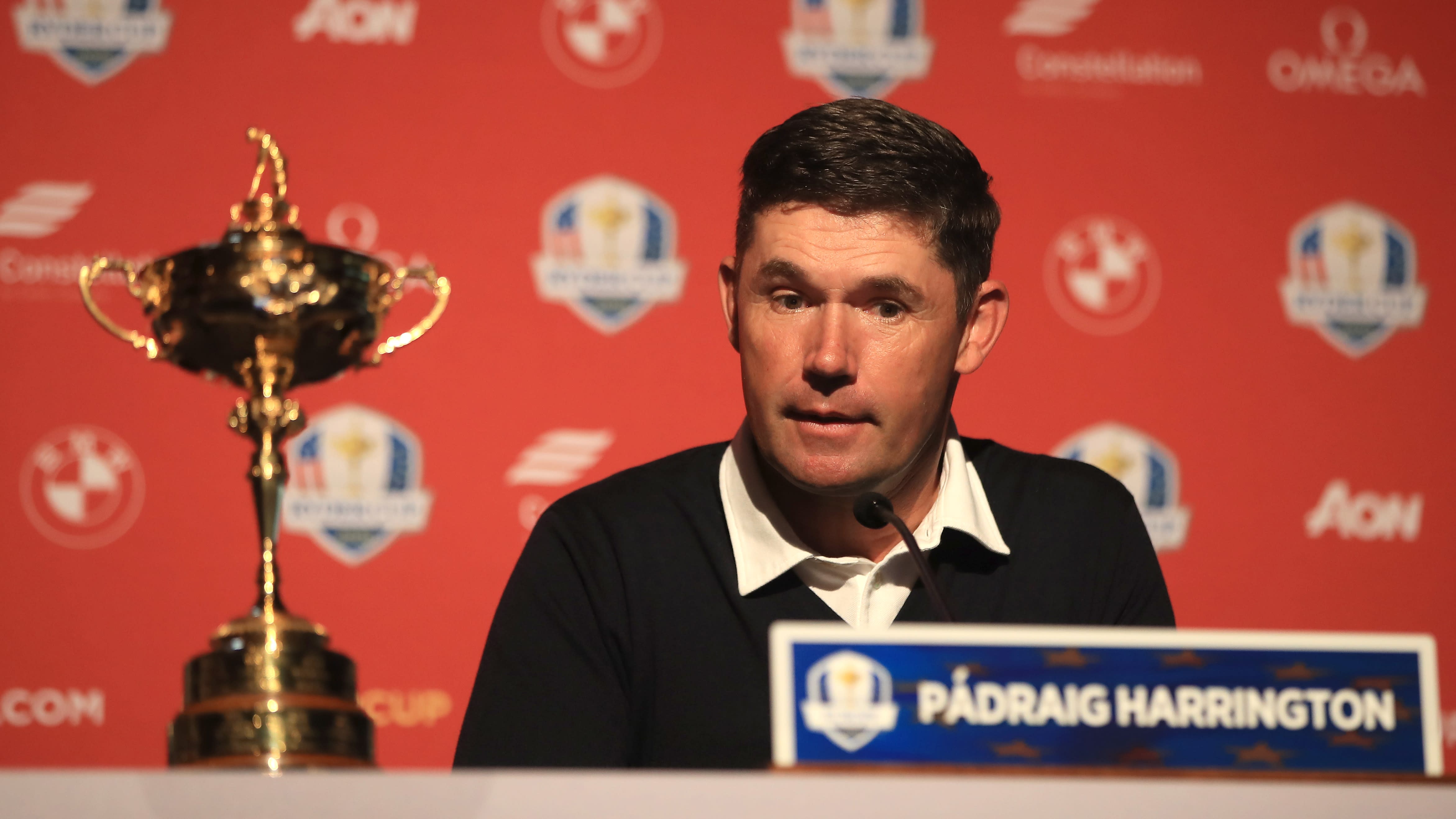 The European Tour announced Wednesday that it was freezing the qualification process for the Ryder Cup until the beginning of next year. 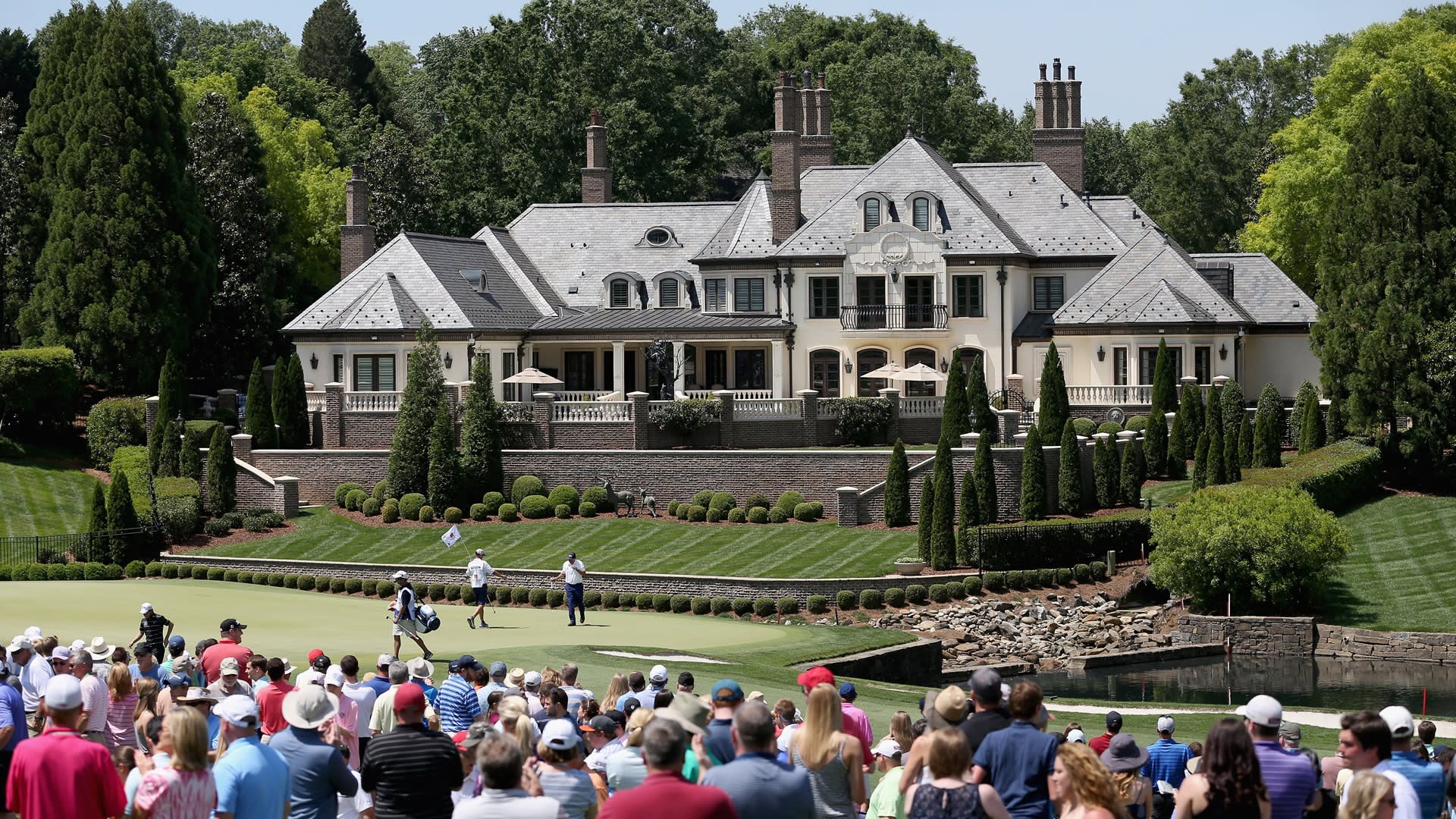 The Ryder Cup wasn’t the only team competition affected by the Wednesday postponement of the matches to 2021. 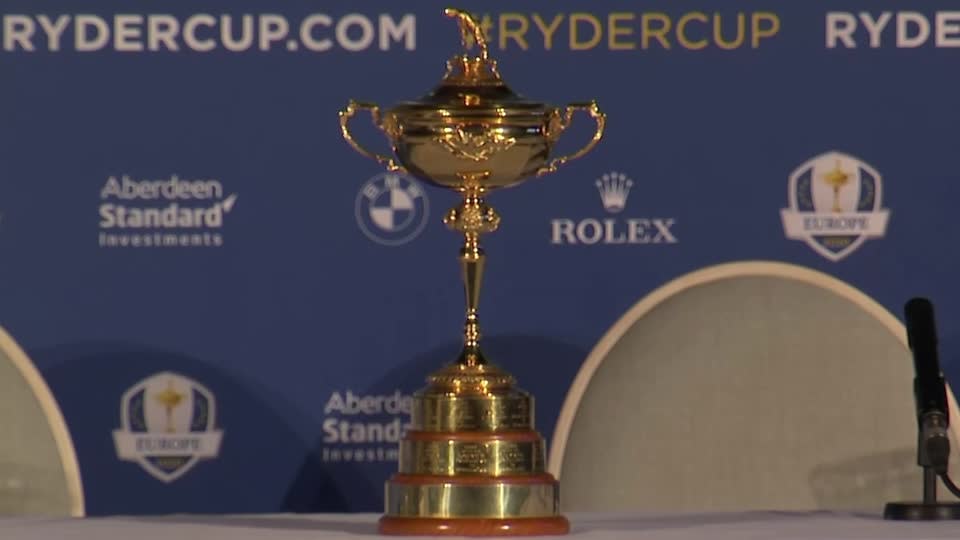 The Ryder Cup, the iconic golf team tournament that pits the best of Europe against the United States is the latest major sporting event to get postponed by a year. Following on from the Olympics and soccer’s European Championships, it was announced Wednesday (July 8) the Ryder Cup will move to September 2021 at the Whistling Straits course in Wisconsin. Organizers feared they would not be able to ensure the health and safety of the tens of thousands of fans who attend the biennial event and add to its unique and vocal atmosphere. Men’s world number one Rory McIlroy was just one of the sports top names calling for the date to be moved from this year. In a statement, the Chief Executive of the Professional Golf Association (PGA) of America, Seth Waugh, said, “All we can to safeguard public health is what matters most." It also means that the 2022 event set to be held for the first time in Rome would also be pushed back by a year. 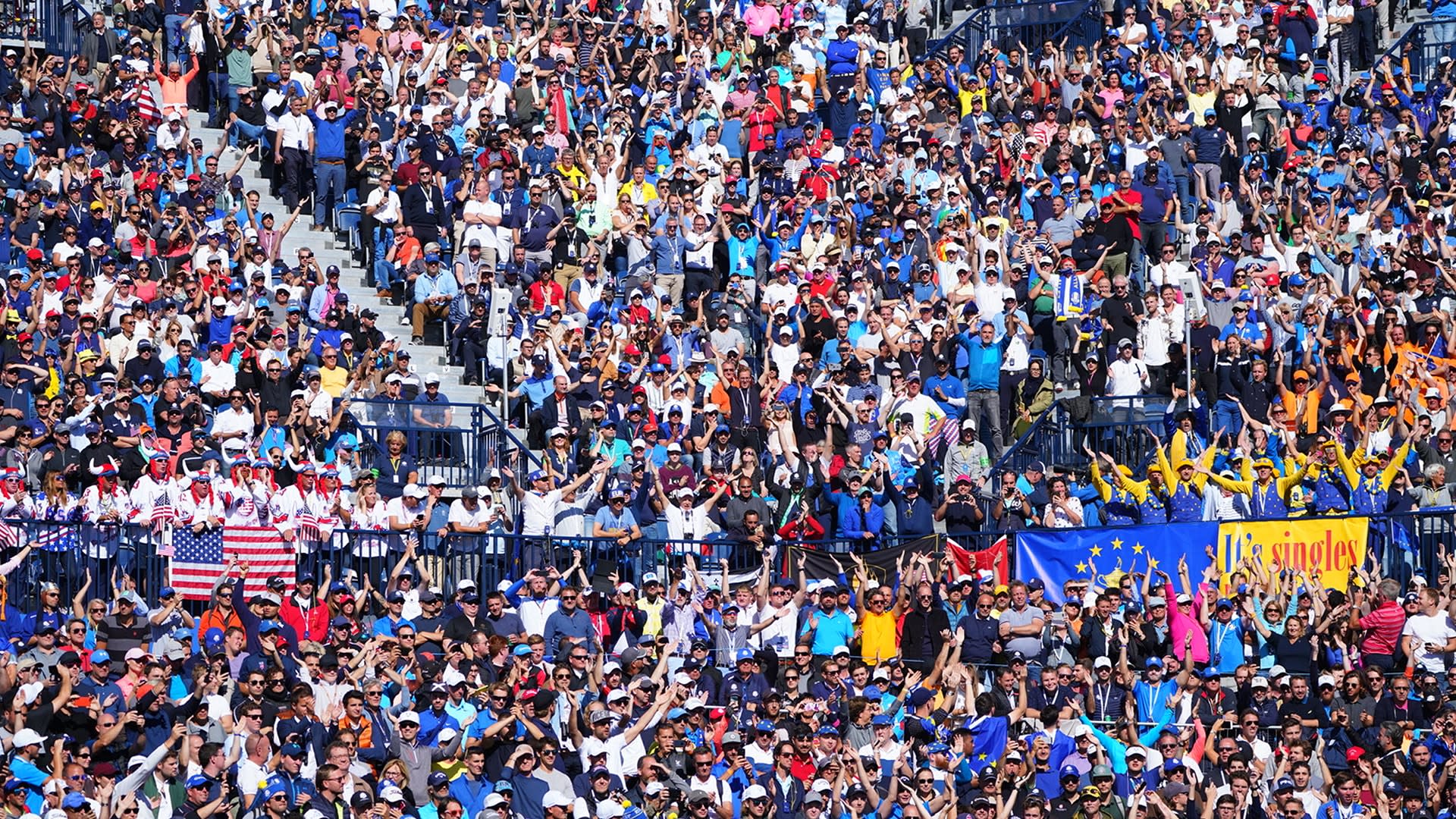 In what it viewed as a difficult-yet-necessary decision, the PGA of America confirmed that the Ryder Cup will be pushed back a year. 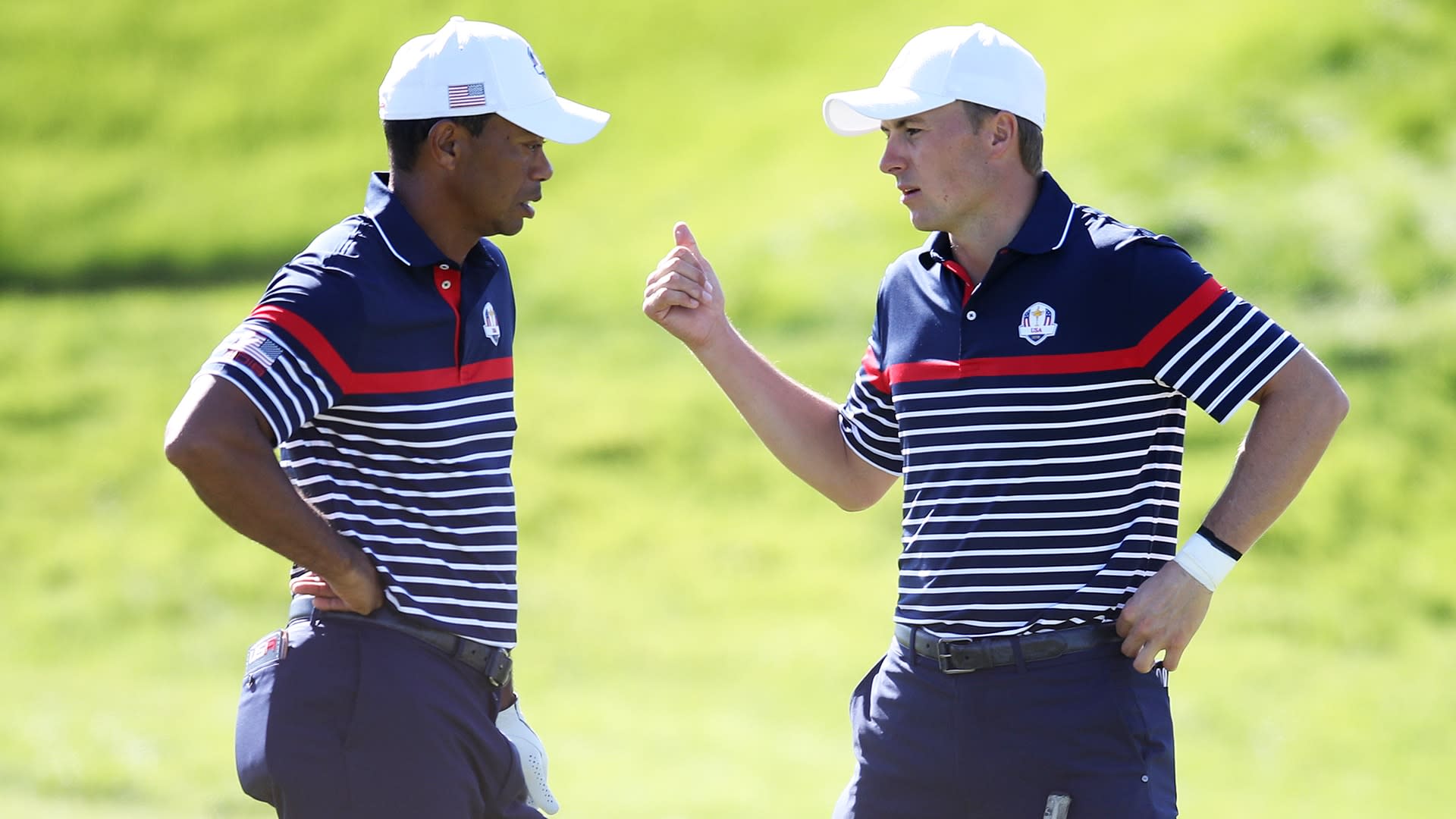 The worst-kept secret in golf became official Wednesday with the postponement of the Ryder Cup to fall 2021. Here's who is helped and hurt by the move. 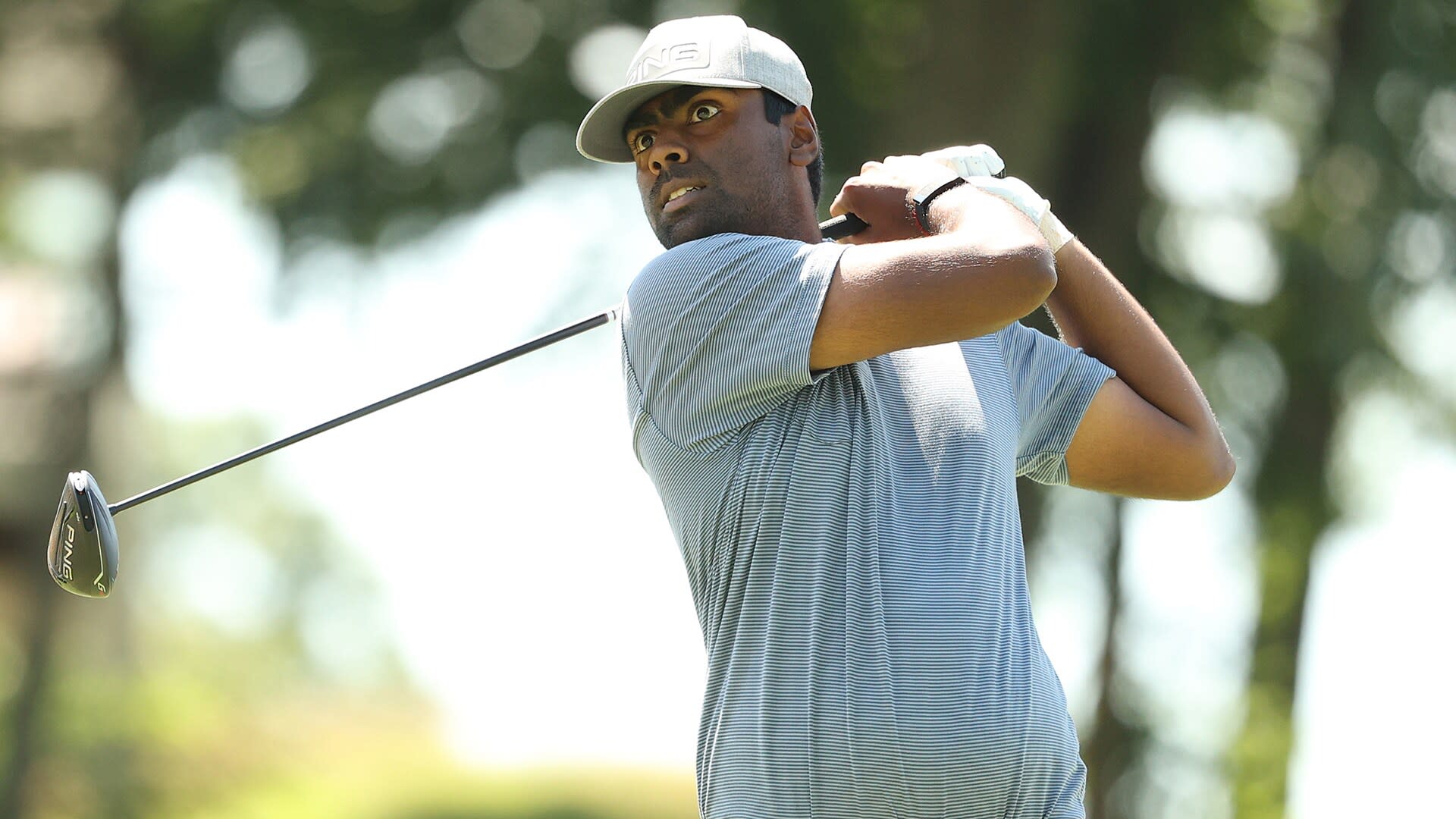 Sahith Theegala was named the Division I recipient of the 2020 Jack Nicklaus Award on Wednesday, completing the sweep of postseason awards. 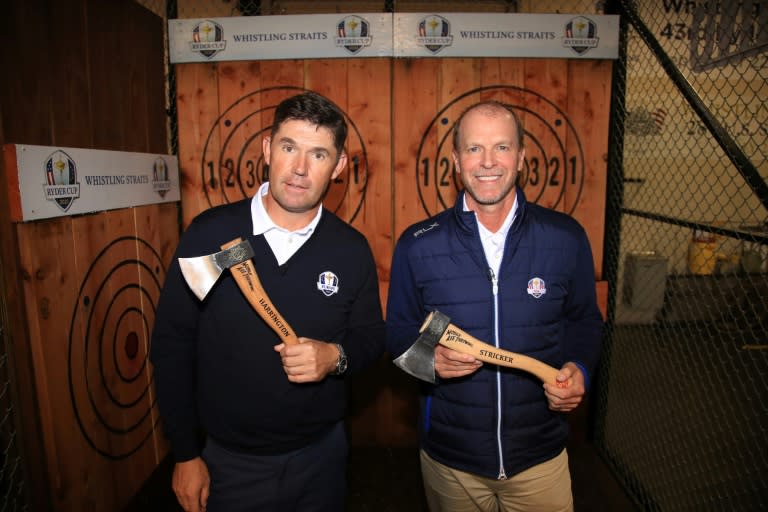 This year's Ryder Cup golf showdown between Europe and the United States was postponed to 2021 on Wednesday, becoming the latest major sports event disrupted by the coronavirus pandemic. The PGA of America, Ryder Cup Europe and the US PGA Tour announced the 43rd edition of the biennial matches, which had been set for Whistling Straits in Wisconsin on September 25-27, will instead be staged on September 24-26, 2021. Safety concerns rose as COVID-19 cases continue to soar across the United States and no one involved wanted to stage a Ryder Cup without the passionate crowds whose cheers and songs animate an atmosphere unique in golf. 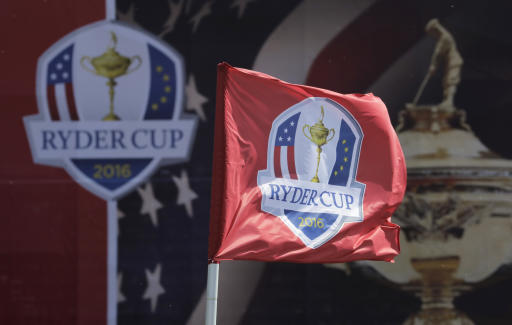 The Ryder Cup was postponed until 2021 in Wisconsin because of the COVID-19 pandemic that raised too much uncertainty whether the loudest event in golf could be played before spectators. The announcement Wednesday was inevitable and had been in the works for weeks as the PGA of America, the European Tour and the PGA Tour tried to adjust with so many moving parts. The Ryder Cup was scheduled for Sept. 25-27 at Whistling Straits, and because of a reconfigured golf schedule brought on by the pandemic, that would have been one week after the U.S. Open.