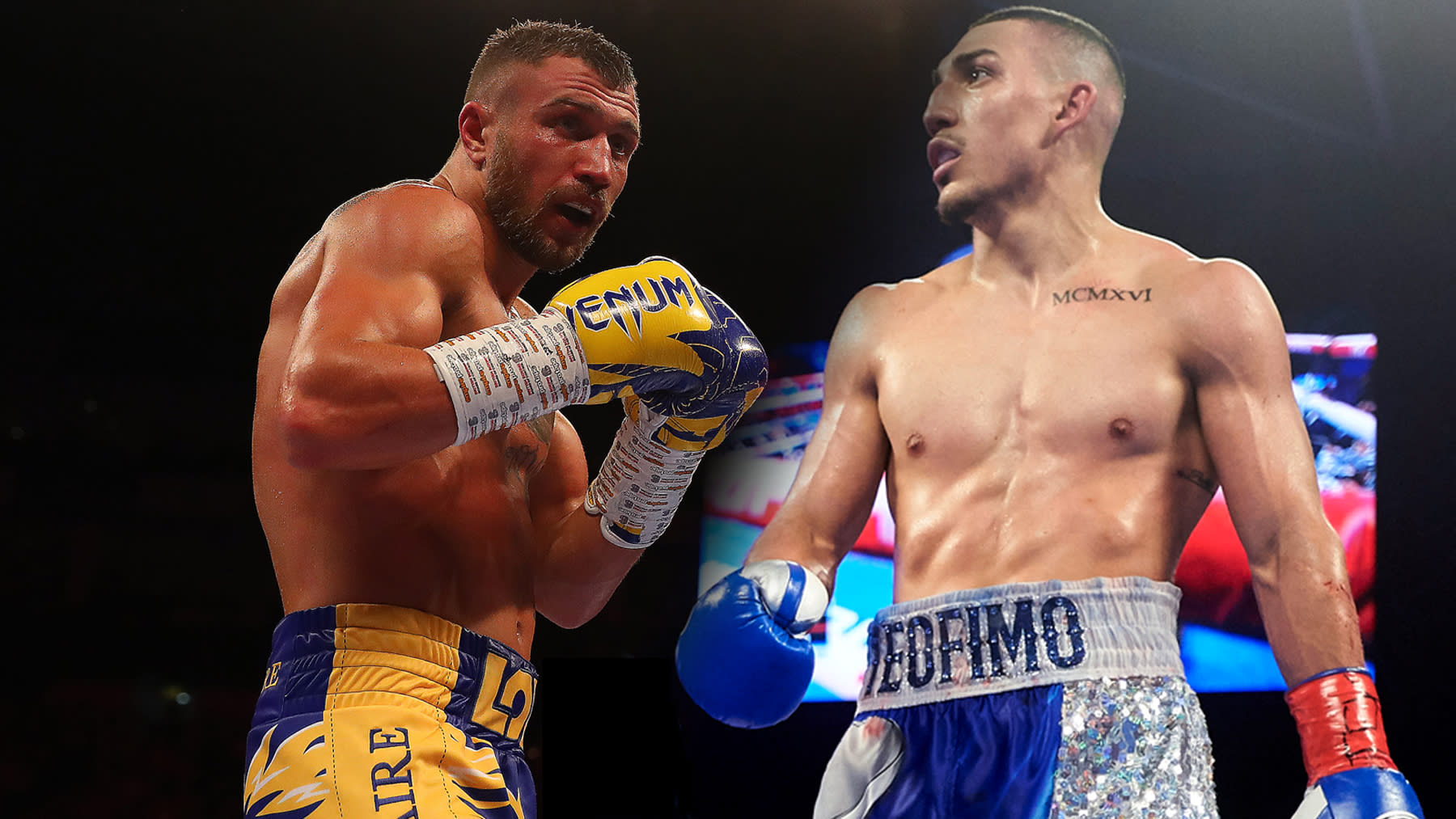 Vasiliy Lomachenko and Teofimo Lopez will square off in a lightweight title unification bout for what will be one of the biggest matchups boxing has to offer.

Following a loss to Jordan Griffin at UFC on ESPN+ 27 to start off his 2020 in February, featherweight TJ Brown’s year was further compounded by the novel coronavirus and the lockdown that ensued.While Brown was able to get in some training, being able to work out in a facility became an issue due to the lockdown.“I’m sure like everybody else with the pandemic and all, at our gym where I not only train but work as well, it definitely hurt our numbers, and we had to change things,” Brown told MMAWeekly.com.“As far as training, I was able to have some guys, a little small tight-knit group, that kind of stayed together and got training done.”When it comes to the loss to Griffin and what he took away from it, Brown feels like he got too far away from the fighter he normally is in the bout and it cost him.“I was winning the whole fight outside of getting choked; I wasn’t so upset about the choke, I was more upset with my performance,” said Brown. “I didn’t go out there and open up like I should have. I didn’t fight like the fighter that me into the UFC. A fighter that goes out there, lets his hands go, and opens up his stand-up.”This Saturday in Las Vegas, Brown (14-7) will look to rebound when he faces Danny Chavez (10-3) in a 145-pound preliminary bout at UFC 252.* * *TRENDING > Yoel Romero out of UFC on ESPN 15 co-main event* * *“I want to be careful with my words, I don’t want to be disrespectful, but at the same time I don’t think he’s really fought anybody,” Brown said of Chavez. “He’s not fought the level of competition I’ve fought throughout my career.“He looks like he throws hard kicks. He likes to stand. His last two fights have been finished standing up. But with that being said, I think I’m better than him striking, and if I need to I’ll take him to the ground and sub him.”For Brown, he hopes Saturday’s bout will help springboard him to at least one more fight to close out his 2020.“I want to go in there, open up and let my striking go, and show what full mixed martial artist I am,” said Brown. “My goal is to win this fight, win impressively, and hopefully get onto Fight Island at the end of the year. It would be the world to me to travel like that and fight like that. That’s my goal.”

While it’s been a year since lightweight Vinc Pichel last stepped into the UFC Octagon, the layoff was not something he had intended to take.Following his win over Roosevelt Roberts at UFC on ESPN 3 in June of last year, Pichel was sidelined due to an injury, and then had his return further pushed back thanks to the novel coronavirus pandemic.“After the fight with Roosevelt, I was supposed to have a fight on November 4 but I had suffered a hip injury that required surgery,” Pichel told MMAWeekly.com. “I had hip surgery last December, and was in physical therapy trying to recoup from that injury.”With the coronavirus lockdown, Pichel’s return to training was dampened, but he was able to work through it as best he could and get back into fighting shape for a return this summer.“My gym got closed down,” said Pichel. “That’s definitely been a huge thorn in our side for training and whatnot. Since then things have been pretty good for me.“I haven’t had many issues. I’ve been training with this camp the last few months, and haven’t had too much trouble, luckily. I’ve been training, getting stronger, building myself back up, and I’m ready to fight again.”* * *TRENDING > Dana White says UFC return to Fight Island will likely be a lengthier run than July* * *At UFC 252 this Saturday in Las Vegas, Pichel (12-2) will look to continue where he left off last year when he takes on Jim Miller (32-14) in the featured preliminary bout.“It’s kind of a classic striker versus grappler situation,” Pichel said. “Jim Miller likes to stand and bang, which is awesome, I really like that, so hopefully it turns into a good fight of him getting hit and then trying to grapple me the whole time.”Following a forced year off from fighting, Pichel is set on closing out his 2020 as actively as possible.“After this fight, after I beat Miller, I hope I don’t get any injuries and I’m good and I can fight right again,” said Pichel. “If I can fight again this year I’m right out there. If I don’t suffer any injuries I’m ready to get back fighting.” 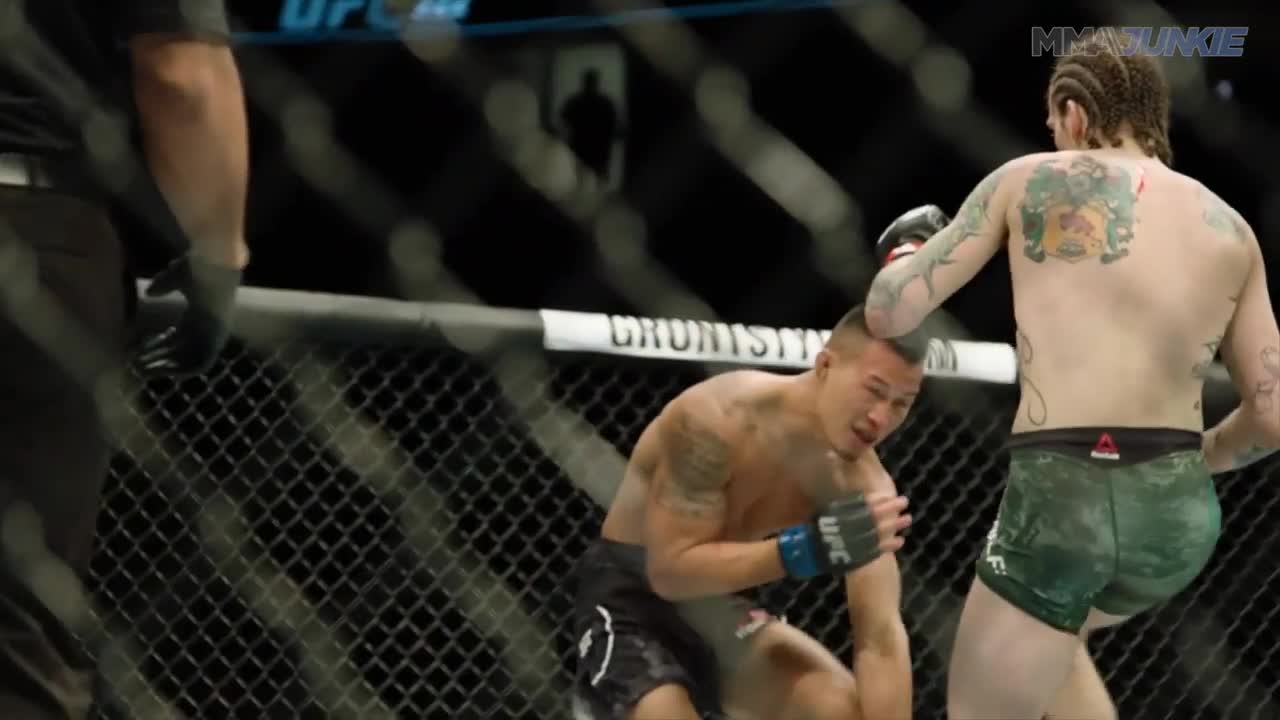 Check out the MMA Junkie's John Morgan and Dan Tom’s analysis and predictions for the UFC 252 co-main event between Sean O'Malley and Marlon Vera. 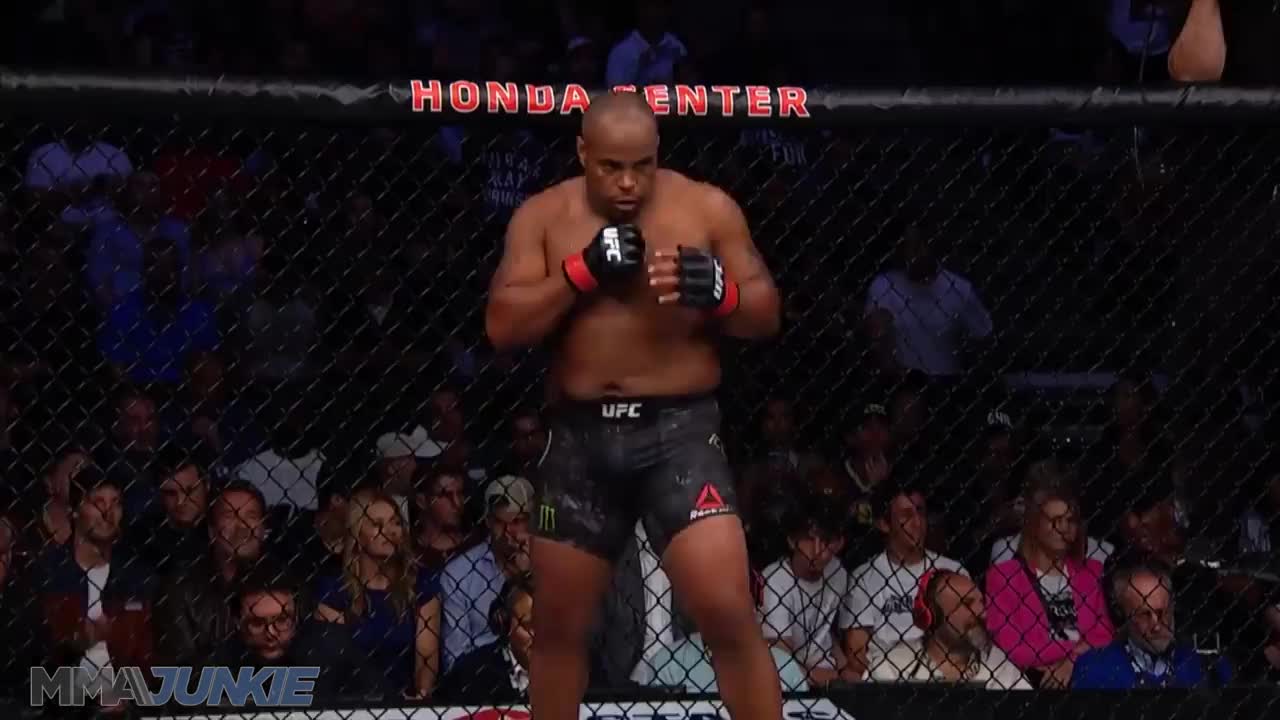 Check out the MMA Junkie's Dan Tom’s analysis and predictions for the UFC 252 main event between Stipe Miocic and Daniel Cormier.

Former UFC fighter Paige VanZant made a surprise move on Wednesday when she inked a deal with Bare Knuckle Fighting Championship instead of Bellator MMA, as many had expected. The news was first reported by ESPN.She said her new contract with BKF is a four-fight exclusive deal.VanZant fought the final bout of her UFC contract on July 123, losing via a first-round armbar to Amanda Ribas at UFC 251 in Abu Dhabi. The bout was VanZant's first fight in a year and a half because she had been dealing with several injuries.Though VanZant was one of the UFC's brightest stars when she first entered the Octagon, winning her first three bouts, she managed just a 2-4 record over the final six bouts of her tenure.Moving over to BKFC, VanZant will forego mixed martial arts to focus on her boxing, which includes a move to American Top Team in Florida. She hopes to fight for BKFC as soon as November."It was an amazing contract, an amazing opportunity," VanZant told ESPN. "I also feel like it's not a move backwards for me. It's a lateral move to a new opportunity, a new challenge, a brand new sport. I really have sparked a brand new passion for it and especially for striking in general."And, on top of that, I feel like I still have this stigma in MMA that I'm just a pretty face, and what a way to prove to be people that's not the way I see myself at all."VanZant, however, insists that she hasn't necessarily made a permanent move away from MMA."I don't know that I am done with MMA," VanZant said. "I know momentarily I am. I still have a huge passion for MMA, and I just recently relocated to Florida to train with American Top Team. Obviously, they are one of the best MMA gyms in the world. Right now, my sole focus is boxing, but in a few years I could go back to MMA or I could just be making so much doing this bare knuckle boxing that I don't do anything else."* * *TRENDING > Check out Sean O’Malley’s blistering knockout of Eddie Wineland (UFC 252 free fight)* * *https://www.instagram.com/p/CDzNrMtHURd/

UFC president Dana White hasn't yet said when another run on Fight Island will happen, but rest assured, it is going to happen. And while the first stint in Abu Dhabi was four events over a 15-day period (about a three to four-week period with travel and prep time), White intends for the UFC's next run on Yas Island to be somewhere around five to six weeks.It also sounds as if UFC 253, which features middleweight champion Israel Adesanya defending against Paulo Costa in the main event, is likely to land on Fight Island.White was a bit elusive about confirming the bout for the next trip to Abu Dhabi, but didn't deny it either.“I told you guys we were going back to Abu Dhabi,” he said when asked about Adesanya vs. Costa's location. “I think this next run in Abu Dhabi will be five or six weeks.”That followed an earlier interview with Complex, in which he stated, "Yeah, we'll be announcing (Adesanya vs. Costa) soon, but it's looking like Fight Island. A lot of the big fights that are international are gonna be on Fight Island."I told everybody last time we were there – people sort of thought this was a one-and-done or whatever, it's not – Abu Dhabi is gonna end up being the fight capital of the world. It definitely isn't Las Vegas."White also reaffirmed his intent to purchase a home in Abu Dhabi, believing that the UFC will be operating events there often enough that it would be more comfortable for him to have his own residence there.The delay in announcing whether or not UFC 253 would be held on Fight Island could simply be timing of marketing or perhaps the UFC is still working out details with Abu Dhabi for a second run on Yas Island. But whatever the determining factor, White is certain that the UFC will return to Fight Island soon.“I do (when the UFC will return to Abu Dhabi), but when the time comes, I’ll announce it.”* * *TRENDING > Yoel Romero out of UFC on ESPN 15 co-main event* * * Dana White talks Fight Island, Contender Series, UFC rankings, and more(Video courtesy of Complex) 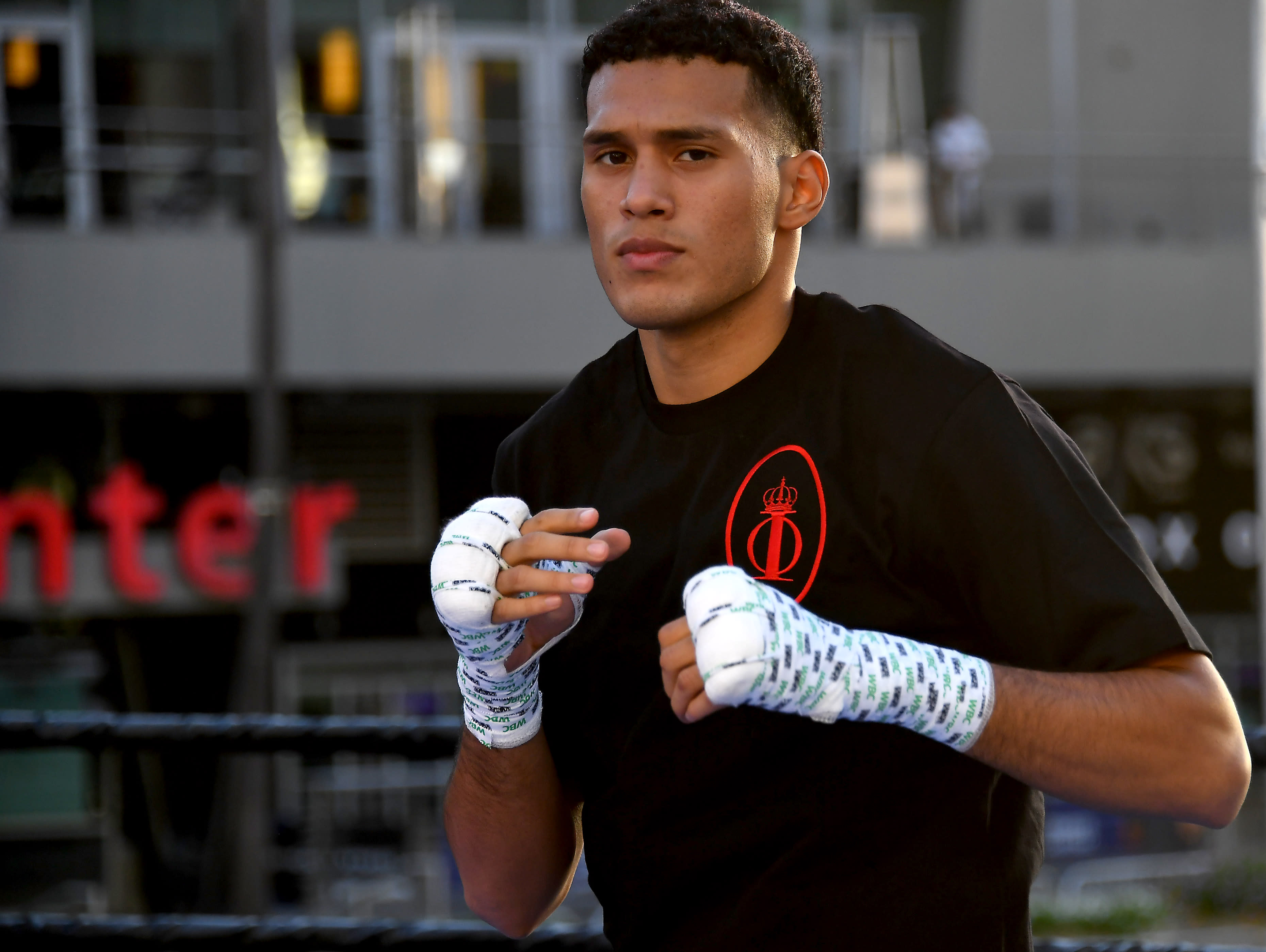 Next on David Benavidez's hit list is Roamer Alexis Angulo, whom he'll fight on Saturday at Mohegan Sun. 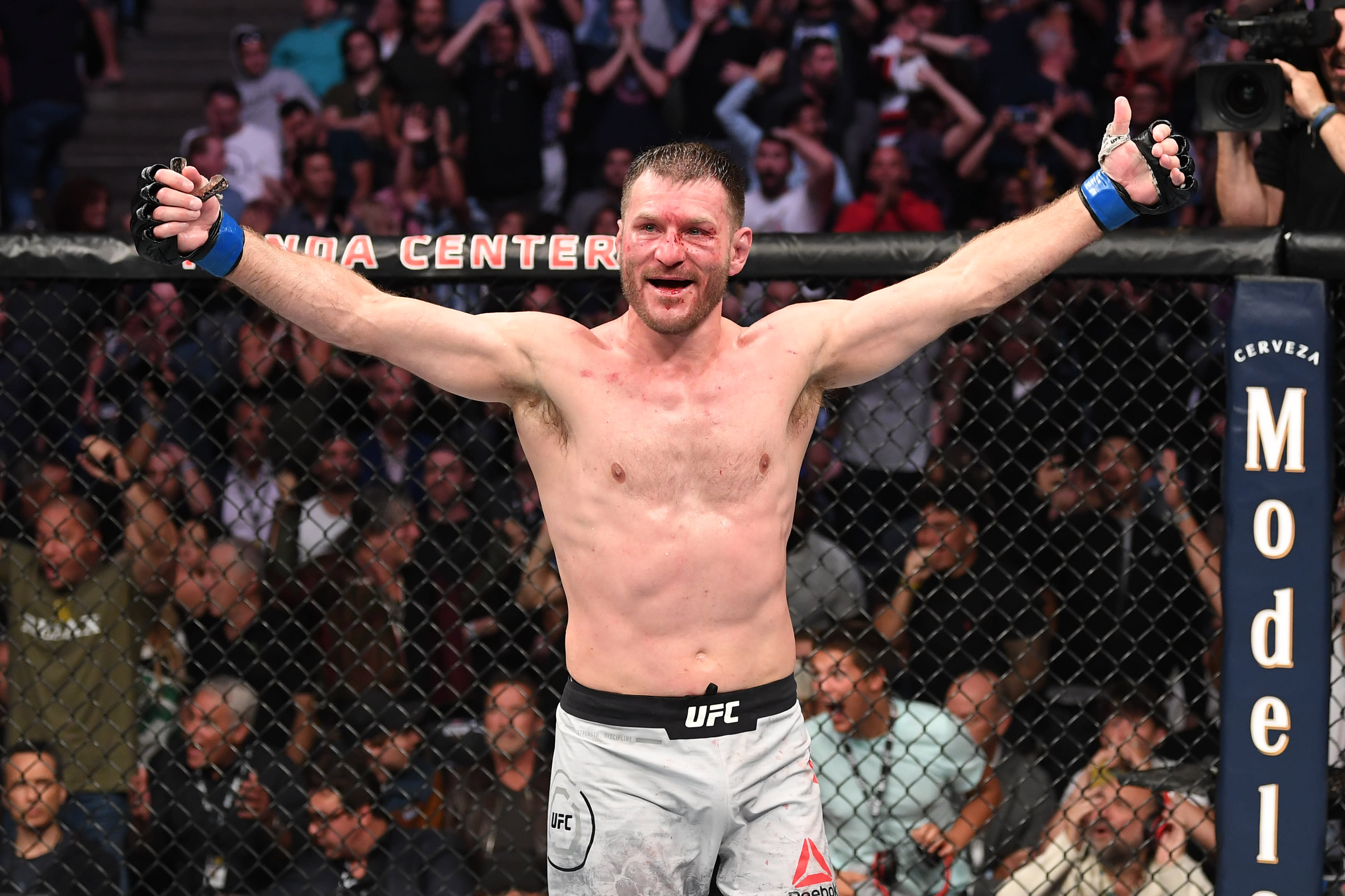 Stipe Miocic isn't caught up in the talk that Saturday's rubber match with Daniel Cormier will determine the greatest heavyweight in MMA history. 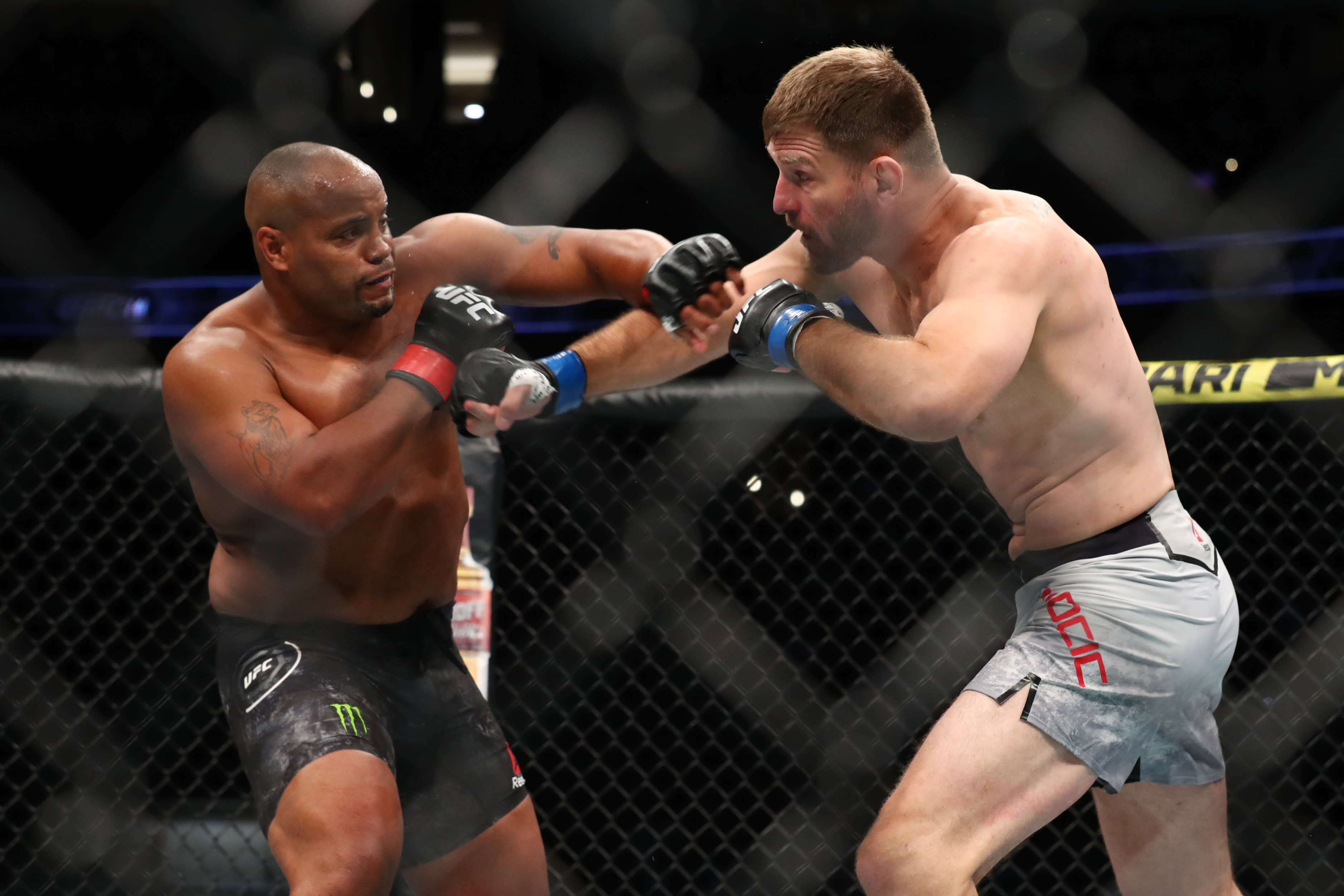 Bookmakers at the MGM Grand have the bout at pick ’em as fight night nears.

Yoel Romero has withdrawn from his planned UFC on ESPN 15 co-main event bout with Uriah Hall.Romero pulled out of the bout because of undisclosed reasons. MMAWeekly.com sources verified the report, which was first revealed by BJPenn.com. UFC on ESPN 15 features a bantamweight contenders bout between No. 5 ranked Pedro Munhoz and No. 8 ranked Frankie Edgar in the main event. The event takes place on Saturday, Aug. 22 at the Apex in Las Vegas.Romero (13-5) is currently the No. 5 ranked middleweight in the world despite losing four of his last five bouts. For of those five bouts were for one version or another of the UFC middleweight title.Most recently, Romero lost to current champion Israel Adesanya in the UFC 248 main event on March 7, just prior to the United States going into shutdown mode because of the global coronavirus pandemic. His three prior losses were to top contender Paulo Costa and twice to former champion Robert Whittaker.* * *TRENDING > Dana White continues talks with Floyd Mayweather: a fight is still ‘very possible’* * *Hall (15-9) currently occupies the No. 9 slot in the UFC middleweight division. He had been hoping a win over Romero would propel him back into the upper crust of the division. Hall has won three of his four most recent bouts with his only defeat being at the hands of Costa.It was unclear at the time of publication of the UFC would be able to secure a suitable opponent to keep Hall on the UFC on ESPN 15 fight card. 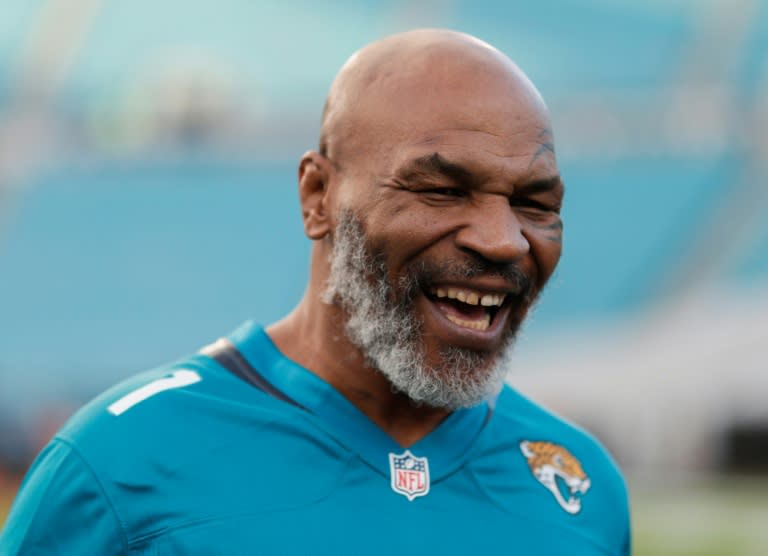 Former world heavyweight champion Mike Tyson's exhibition bout against Roy Jones Jr. originally set for next month has been pushed back to November, organisers said Tuesday. In a statement, promotional company Triller said the fight in Los Angeles would now take place on November 28 to coincide with the Thanksgiving holiday weekend. "Changing the date to November 28th will give more people the opportunity to see the biggest comeback in boxing history," Tyson said in a statement. 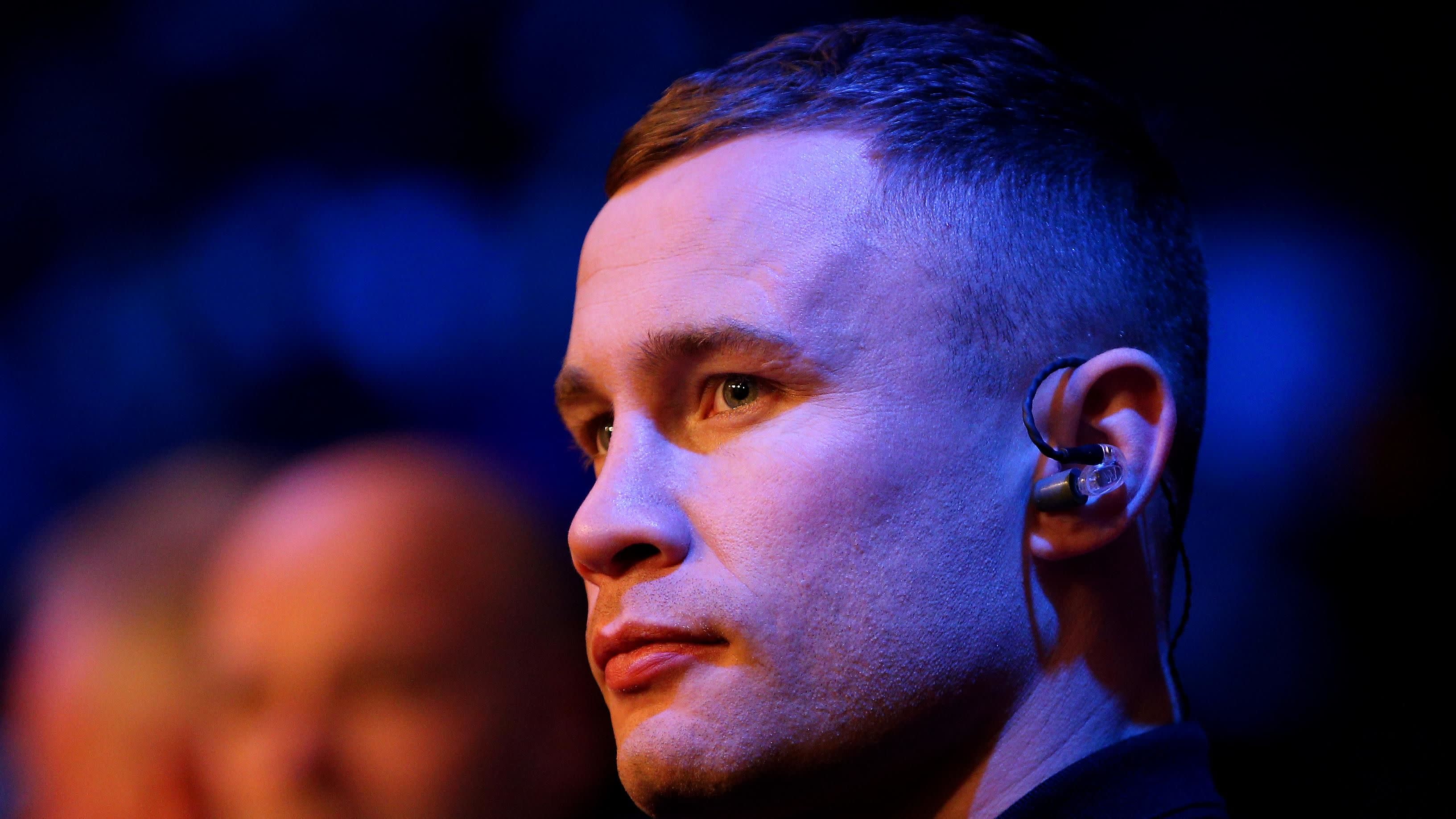 Carl Frampton is likely a win away from a getting a shot at winning a title in three different weight classes, which would make him the first Irish boxer to do so. 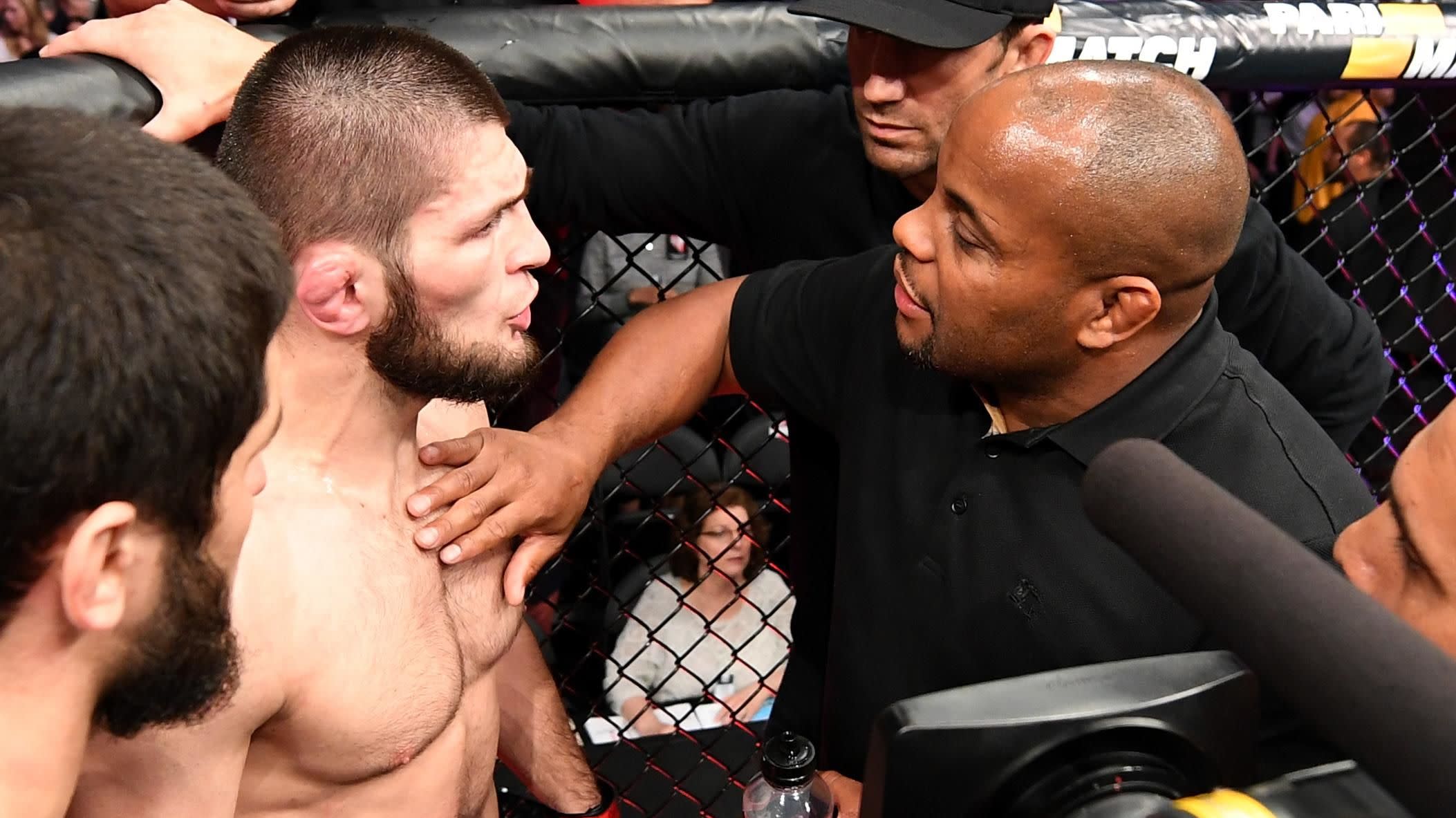 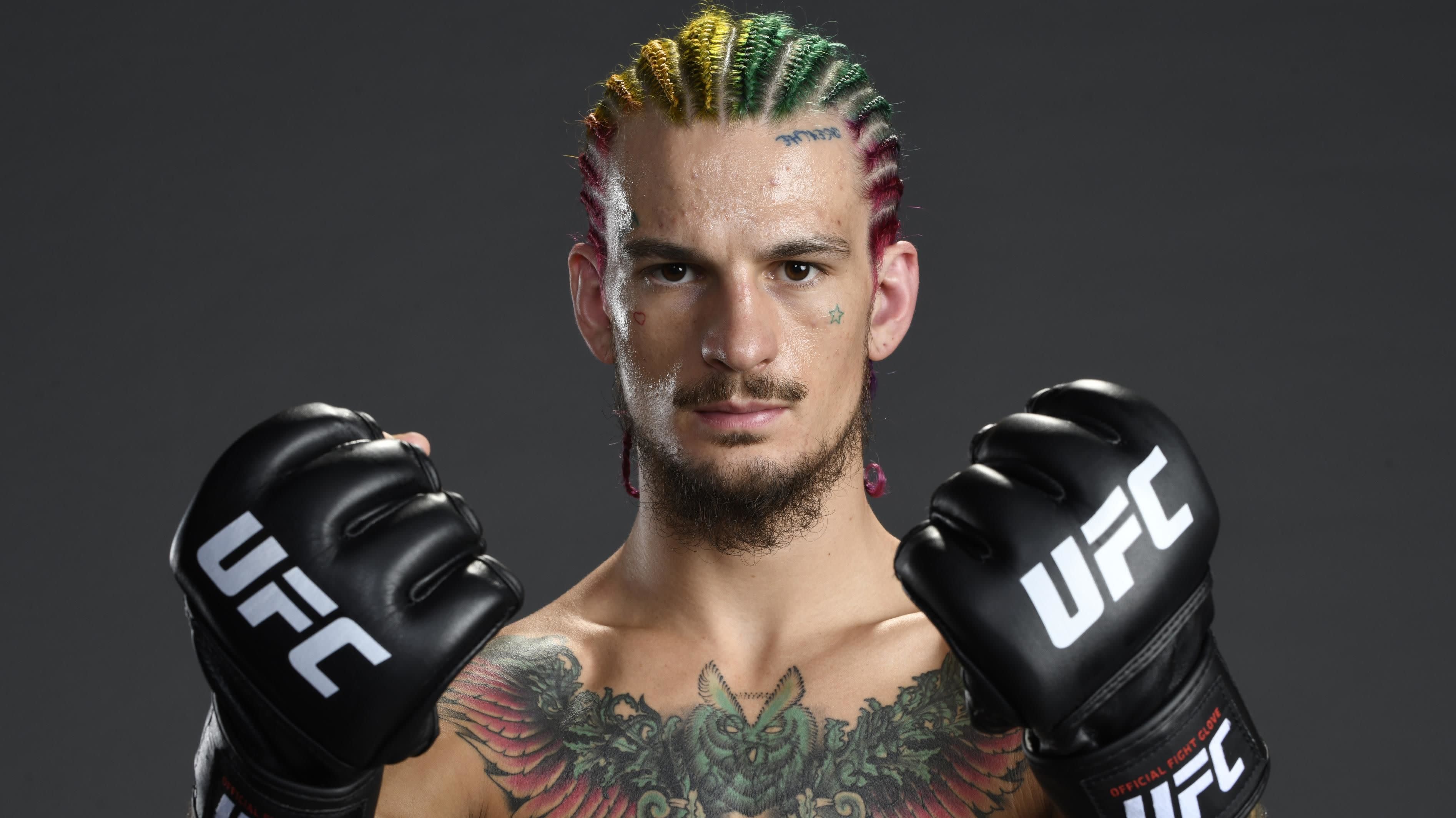