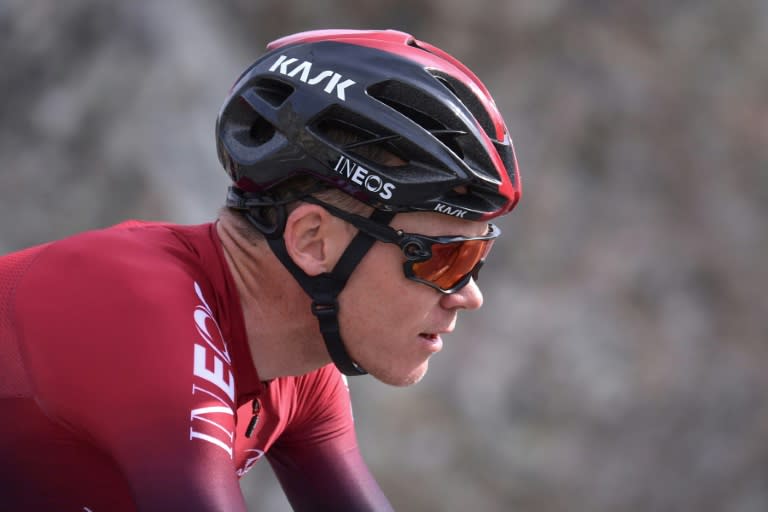 Four-time Tour de France winner Chris Froome will leave Team Ineos at the end of the season, the cycling outfit announced on Thursday, with reports saying he is joining Israel Start-Up Nation. Froome, Britain's most successful rider, won the Tour de France four times in five years from 2013 in the colours of Team Sky, which last year became Team Ineos. Team Ineos boss Dave Brailsford hailed Froome as a "great champion" but said it was the right time to part ways. 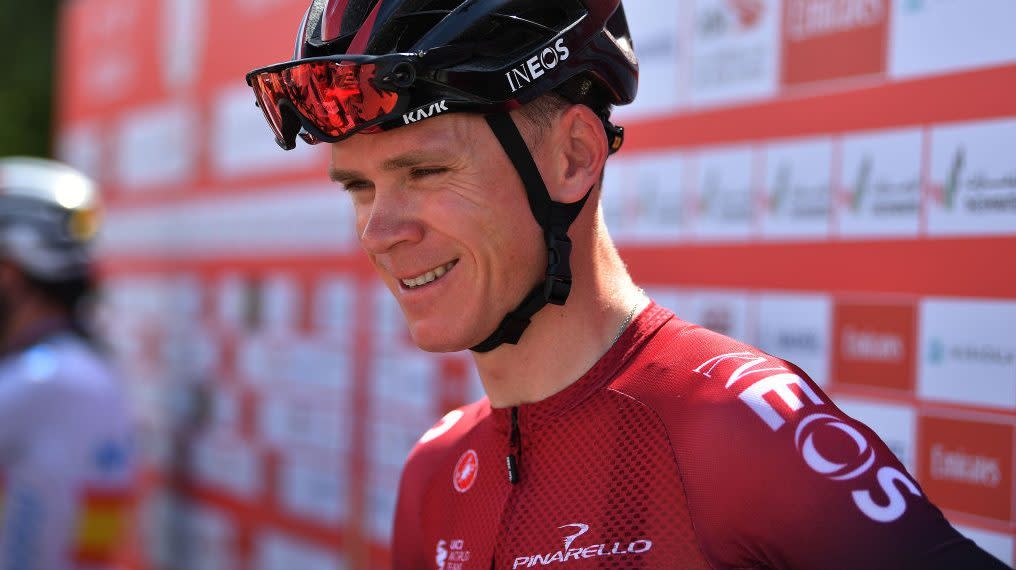 Chris Froome's contract with Team Ineos will not be renewed after this season, it was announced seven weeks before Froome goes for his fifth Tour de France title. 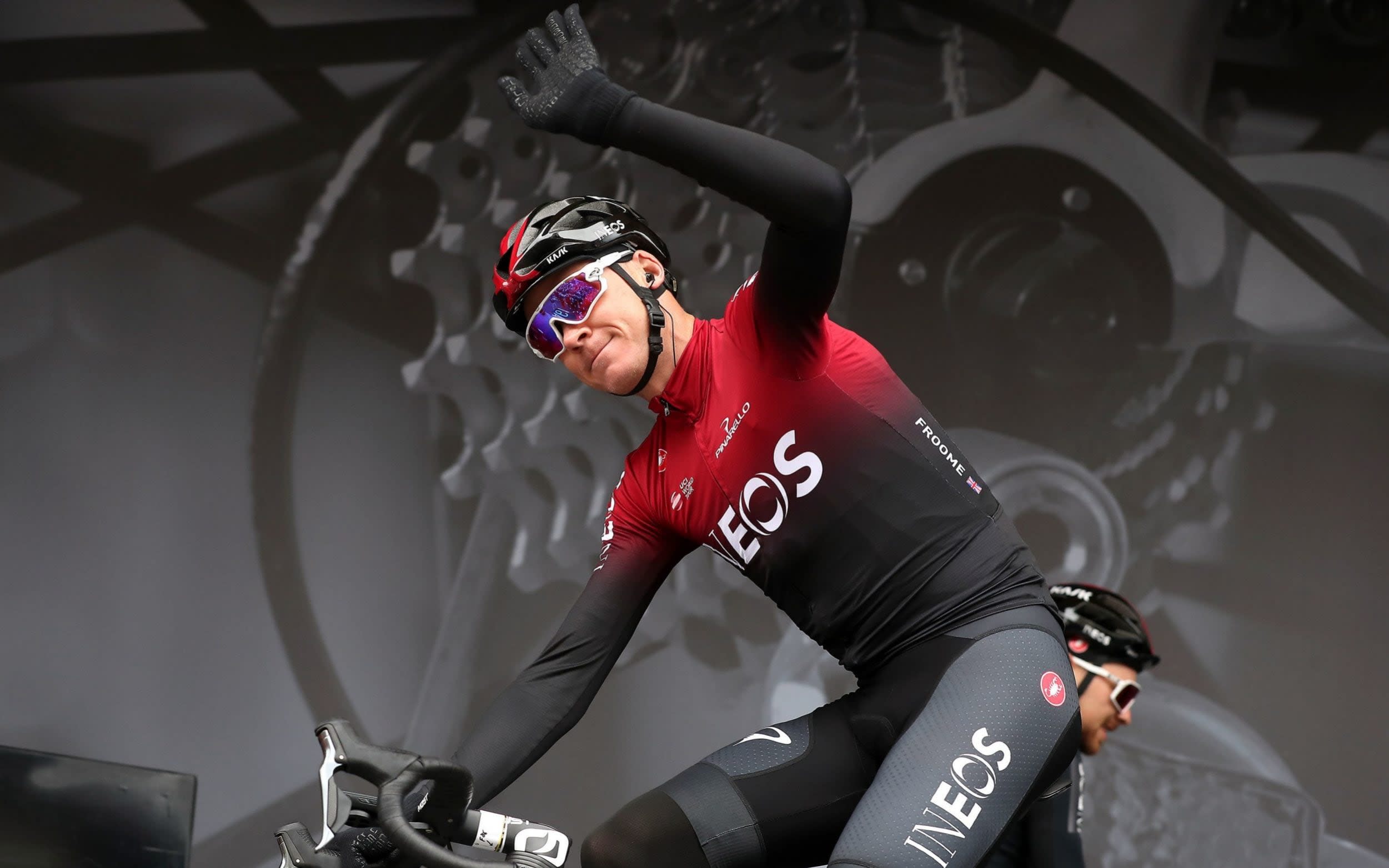 Chris Froome will leave Team Ineos for Israel Start-Up Nation at the end of 2020, it has been confirmed. The split ends one of the most successful partnerships in professional cycling history. Froome, 35, has been with Ineos since the team’s inception, as Team Sky, over a decade ago, but had been strongly linked with a move away in recent months. The four-time Tour de France champion, who is in the final year of his Ineos contract, is desperate to win what would be a record-equalling fifth title and is adamant that he is physically capable of doing so following a career-threatening crash 12 months ago. However, with Ineos also having Egan Bernal and Geraint Thomas - the last two winners of the Tour - in their ranks, the British team have three potential leaders. Colombian Bernal is very much seen as the rising star. Team Ineos principal Sir Dave Brailsford admitted in his statement on Thursday that he could no longer guarantee Froome “sole team leadership in the next chapter of his career”. That was one of the reasons that Froome was rumoured to be considering a rare mid-season switch, with Israel understood to have tabled a lucrative three-year offer for the seven-time grand tour winner which guaranteed him sole Tour leadership at this year's race. 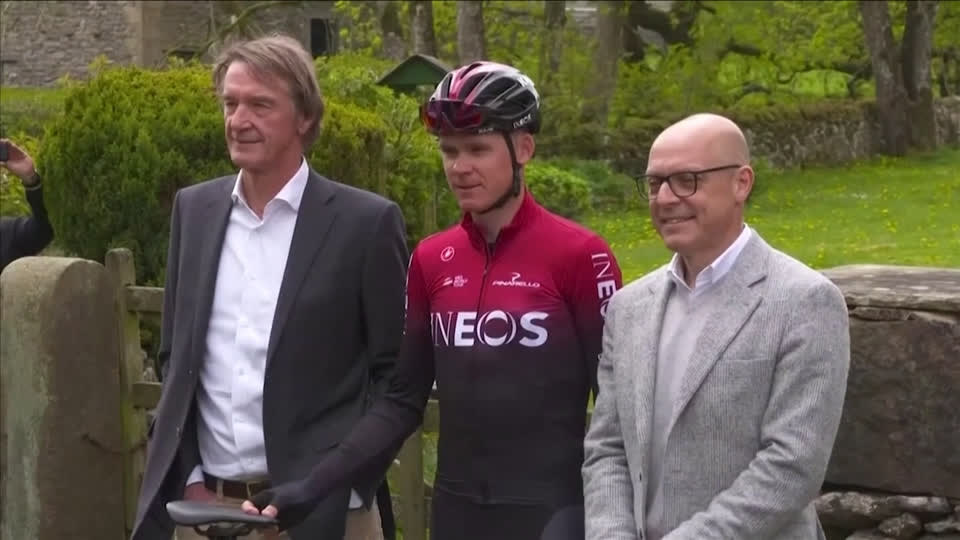 VIDEO SHOWS: FILE FOOTAGE OF CHRIS FROOME SHOWS: LINTON, ENGLAND, UNITED KINGDOM (FILE - MAY 1, 2019) (REUTERS - ACCESS ALL) 1. CHRIS FROOME RIDING BIKE 2. FROOME WITH INEOS TEAM BOSS DAVE BRAILSFORD (RIGHT) AND TEAM INEOS OWNER JIM RATCLIFFE 3. CLOSE UP OF FROOME, BRAILSFORD AND RATCLIFFE 4. FROOME RIDING 5. FROOME RIDING UP TO BRAILSFORD AND RATCLIFFE 6. FROOME AND RATCLIFFE ALCUDIA, MALLORCA, SPAIN (FILE - JANUARY 11, 2015) (REUTERS - ACCESS ALL) 7. FROOME ON TRAINING RIDE WITH THEN TEAM SKY ZEIST, NETHERLANDS (FILE - JULY 3, 2015) (REUTERS - ACCESS ALL) 8. FROOME SIGNING AUTOGRAPH AS HE WALKS PAST 9. FROOME TALKING TO TEAM SKY COLLEAGUE PARIS, FRANCE (FILE - JULY 21, 2013) (REUTERS - ACCESS ALL) 10. VARIOUS OF FROOME ON PODIUM RECEIVING HIS YELLOW JERSEY AND CELEBRATING AFTER WINNING THE 2013 TOUR DE FRANCE STORY: Four times Tour de France champion Chris Froome will leave Team INEOS at the end of the season, the team said in a statement on Thursday (July 8). Froome, who won the Tour in 2013, 2015, 2016 and 2017 is one win away from matching the record of five victories held jointly by Jacques Anquetil, Eddy Merckx, Bernard Hinault and Miguel Indurain. "Chris's current contract comes to an end in December and we have taken the decision now not to renew it. We are making this announcement earlier than would usually be the case to put an end to recent speculation and allow the Team to focus on the season ahead," general manager Dave Brailsford said. Froome, who suffered a horrible accident last year and returned to racing in February, said he was focused on winning his fifth Tour title with the team. "It has been a phenomenal decade with the Team, we have achieved so much together and I will always treasure the memories," he added. 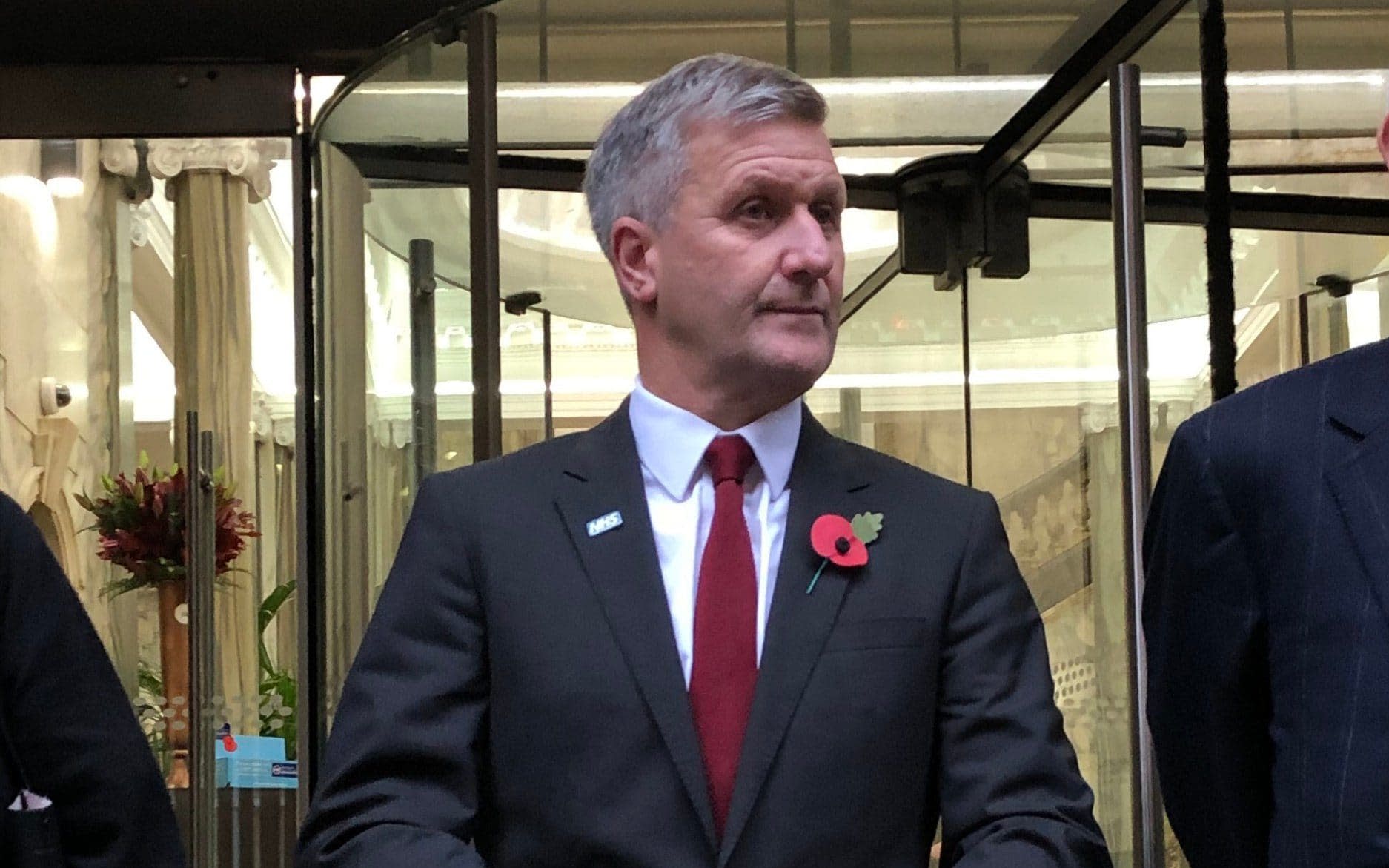 The already much-delayed medical tribunal involving Richard Freeman, the former British Cycling and Team Sky doctor, will reconvene on October 6, it has been announced. Freeman stands accused by the General Medical Council of ordering a batch of testosterone to British Cycling’s Manchester headquarters in 2011 "knowing or believing" that it was intended for an athlete. Freeman denies that central charge, although he does admit 18 of the GMC’s 22 charges against him. In the matter of the testosterone, Freeman alleges that he was bullied by former head coach Shane Sutton into ordering 30 sachets of Testogel to treat Sutton’s alleged erectile dysfunction. Sutton denies that he has ever suffered from that condition. The Australian stormed out of the hearing last November after denying further sensational claims from Freeman's lawyer Mary O'Rourke that he was a “serial liar”, a “bully" and a “doper with a doping history”. A furious Sutton complained that the bully was in fact O’Rourke, saying his 12-year-old son was upset at what he was reading in the media. He declined to return to finish giving evidence. The hearing ended up going part-heard, with O’Rourke busy with other cases in the early part of this year, and then coronavirus getting in the way. It will be confirmed nearer the time whether the hearing will be held remotely or in person at the MPTS building in Manchester. The hearing window has been set from October 6-November 26. 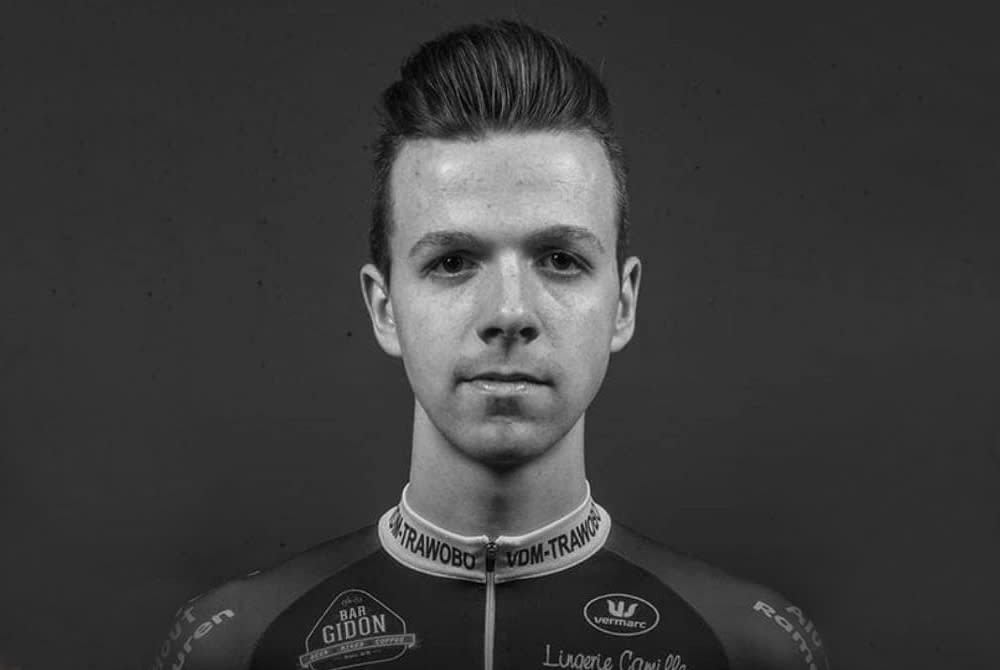 Gary Longhi, a four-time Paralympian road cyclist and Canada’s flag-bearer for the opening ceremony of the 2000 Sydney Paralympics, has died. The Canadian Paralympic Committee announced his death Friday. Longhi competed in the 1988, 1992, 1996 and 2000 Games, winning gold and bronze in ’96 in Atlanta and silver in ’92 in Barcelona. 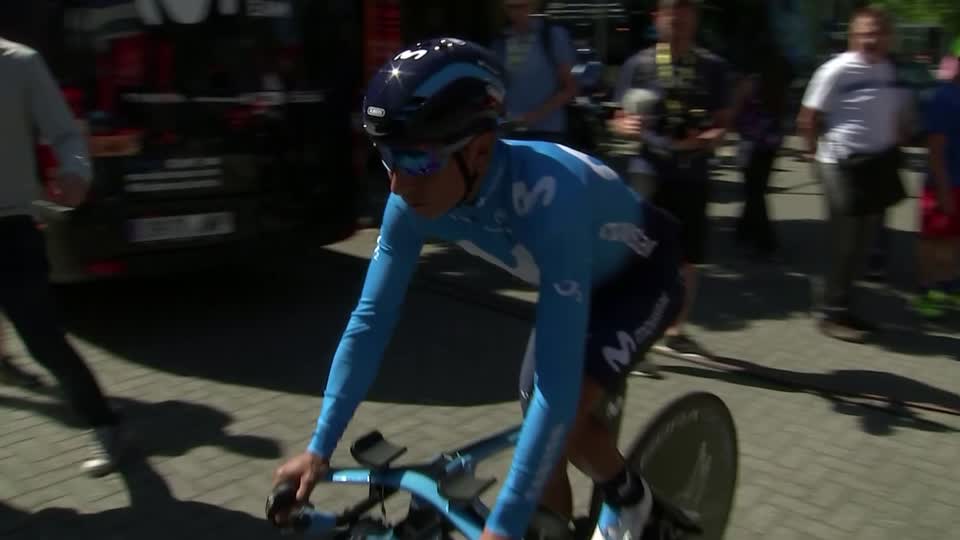 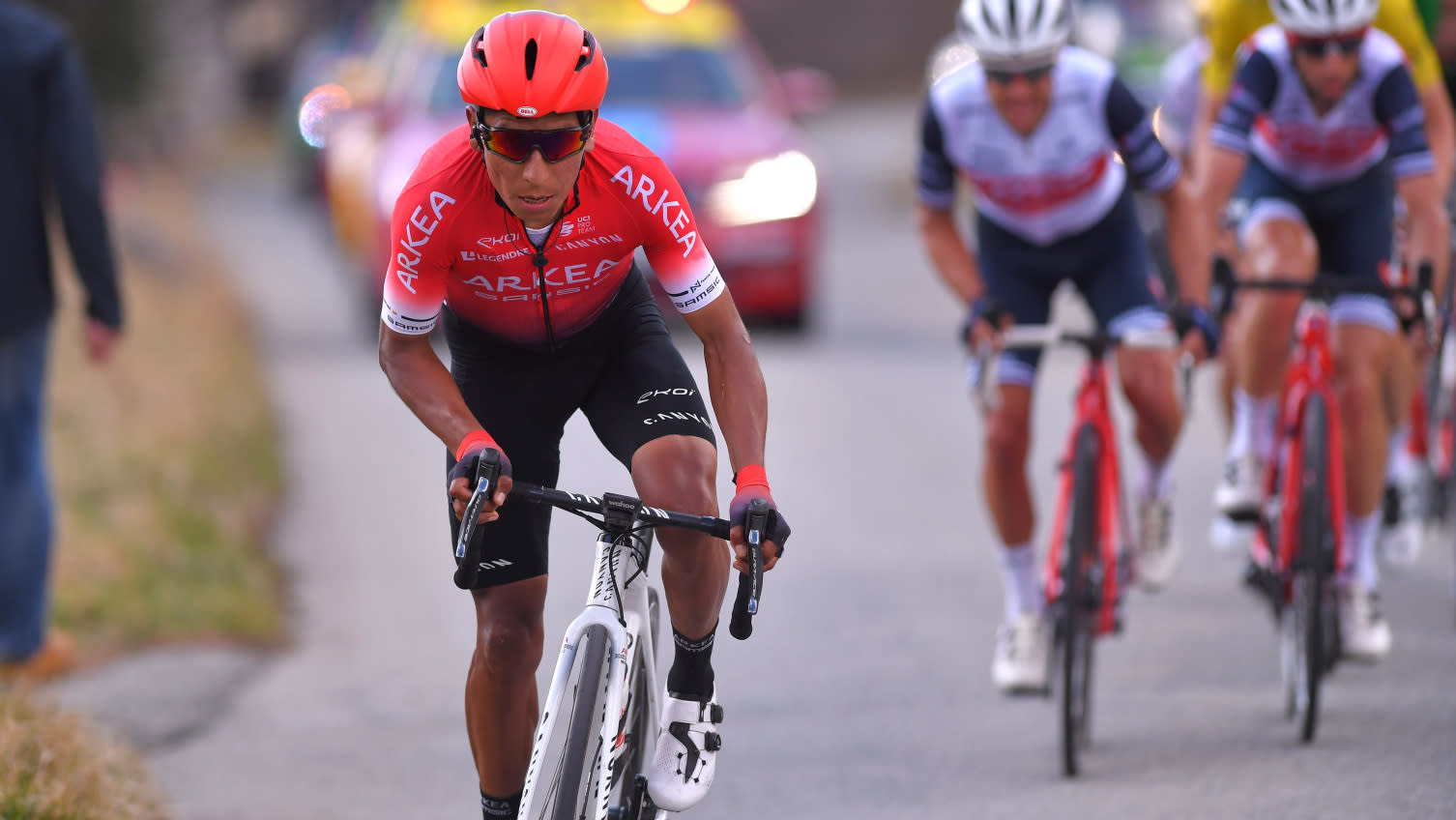 Two-time Grand Tour winner Nairo Quintana was hit by a car while training in Colombia. 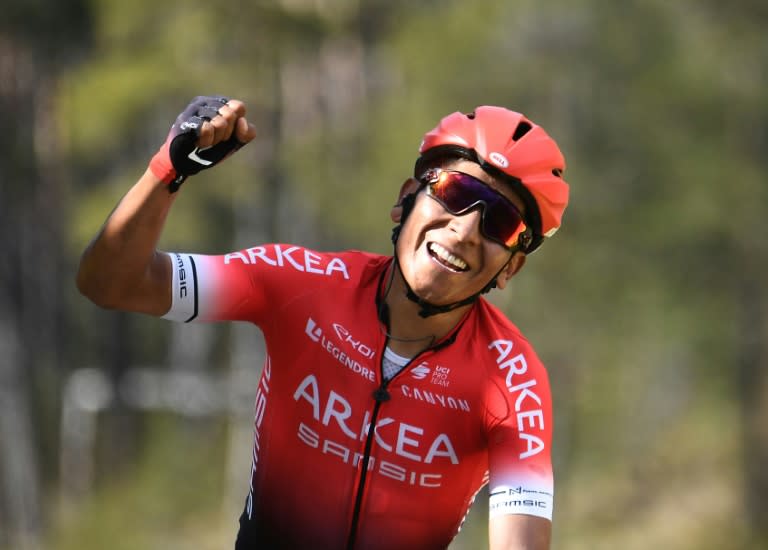 Colombian Tour de France hopeful Nairo Quintana was knocked down by a car in central Colombia on Friday but said he was feeling "good." "This morning I was hit by a car ... I had no way of seeing it," said the 30-year-old in a video published on Twitter. The winner of two Grand Tours, who was on a training ride with his brother and teammate Dayer, said he hurt his right knee, left thigh and left elbow.

Two-time Grand Tour winner Nairo Quintana has been hit by a car while on his cycle training in Colombia, his team said on Friday. ''Nairo Quintana was hit by a vehicle during training, we will give you more information about his health as soon as possible,'' his Arkea-Samsic team said in a statement. Speaking to L'Equipe newspaper, Arkea-Samsic team director Emmanuel Hubert said Quintana injured a knee. 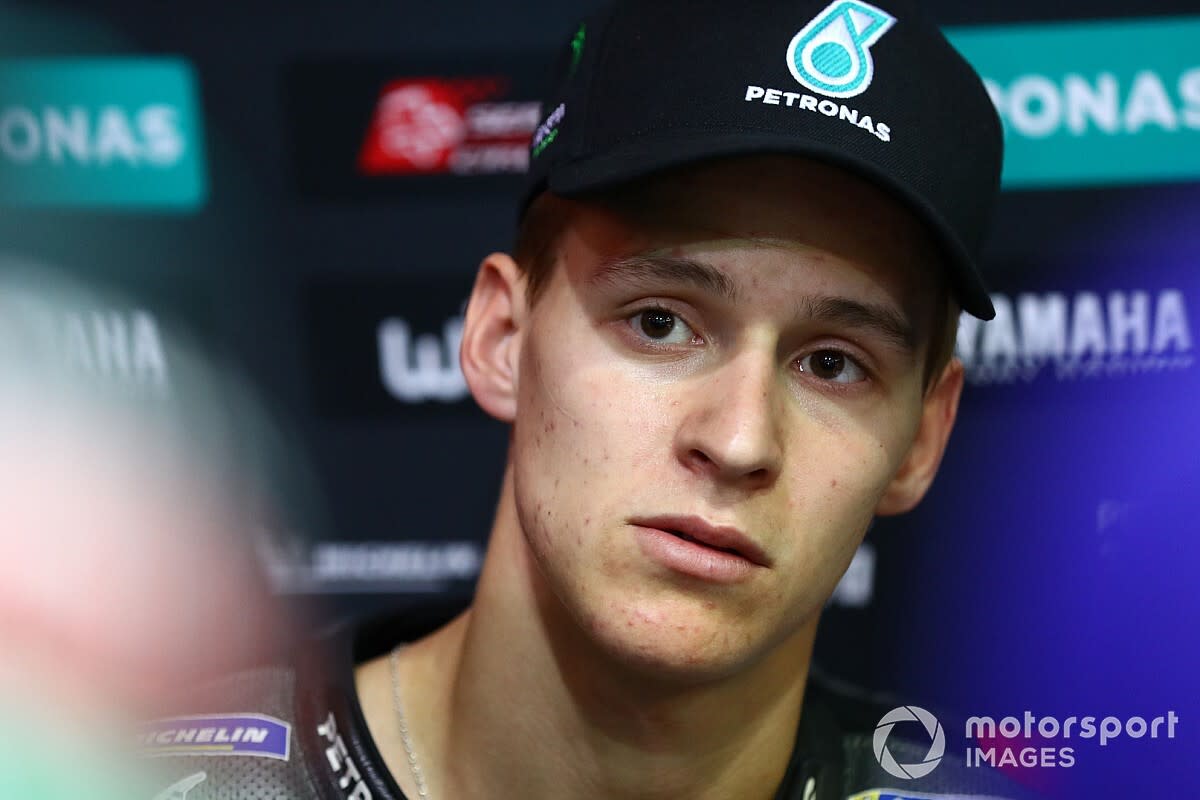 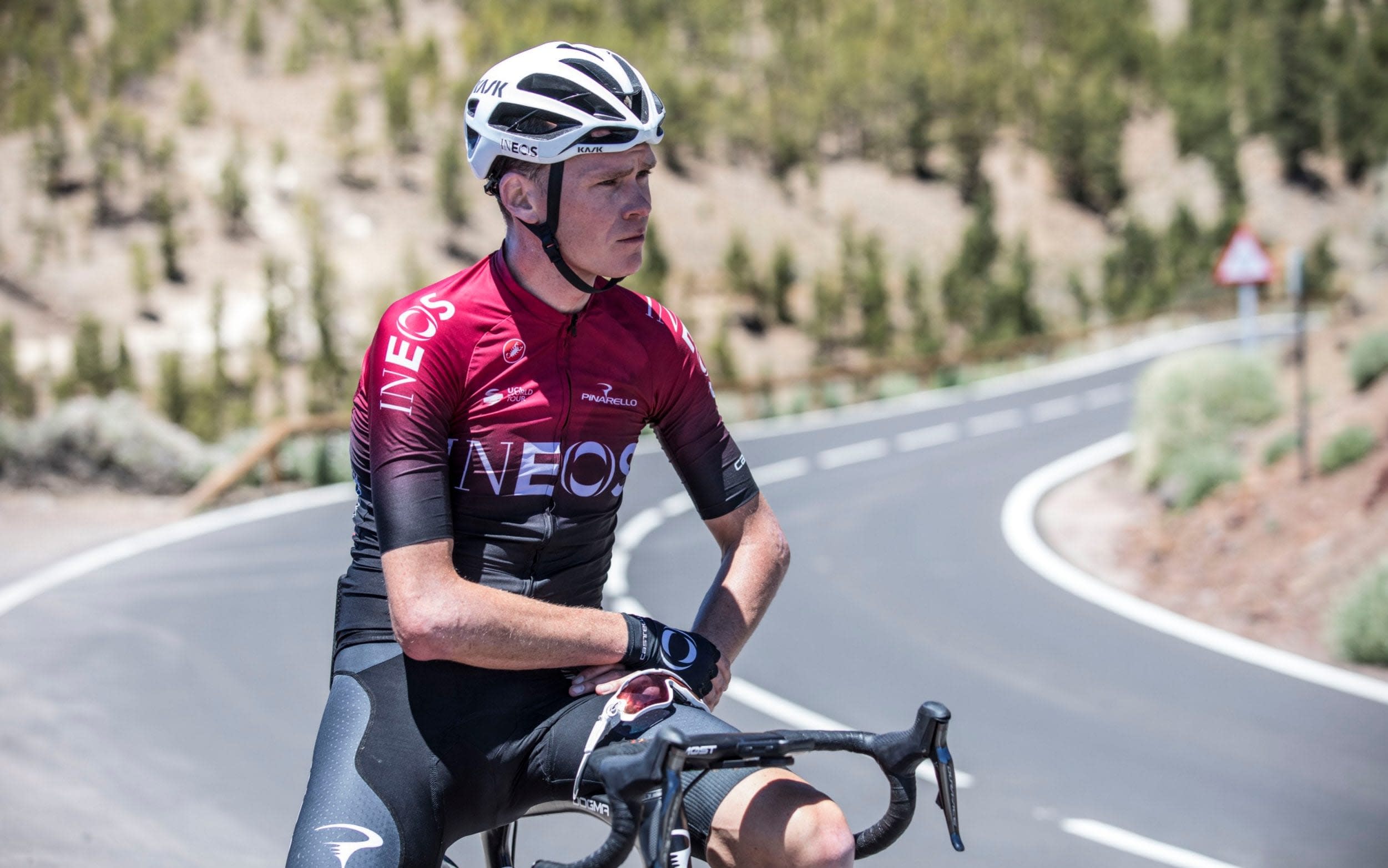 Get unlimited access to our expert analysis with a sport-only Telegraph subscription - £40 for 12 months (less than £1 a week) Chris Froome’s mooted midseason switch to Israel Start-Up Nation will not now happen, with the only question now whether the 35 year-old will race in this year's Tour de France for Team Ineos. Froome is desperate to win what would be a record-equalling fifth title in September and is adamant that he is physically capable of doing so following a career-threatening crash 12 months ago. However, with Ineos also having Egan Bernal and Geraint Thomas - the last two winners of the Tour - in their ranks, the British team have three potential leaders. That was one of the reasons that Froome, who is in the final year of his contract, was so heavily linked with a mid-season switch, with Israel understood to have tabled a lucrative three-year offer for the seven-time grand tour winner. Any move would need to have been sanctioned by Ineos principal Sir Dave Brailsford, however, and sources have suggested to The Telegraph that Brailsford would rather leave Froome out of his Tour lineup if he felt three leaders was going to be a problem than allow him go to a rival team where he could potentially hurt Ineos’ chances of winning the race. It remains to be seen who Ineos select for the Tour. Brailsford was extremely positive about Froome’s chances in an interview with The Telegraph in April, saying he felt the coronavirus delay really played into the British rider's hands. However, with no contract extension on the table from Ineos, and with Froome now looking almost certain to leave the team in 2021 and openly casting about, it remains to be seen how their relationship might have been affected. Bernal, the reigning champion and rising star, is certain to ride, meaning either Froome or Thomas will have to drop out and potentially refocus on a different grand tour if the team decides three leaders is too many. 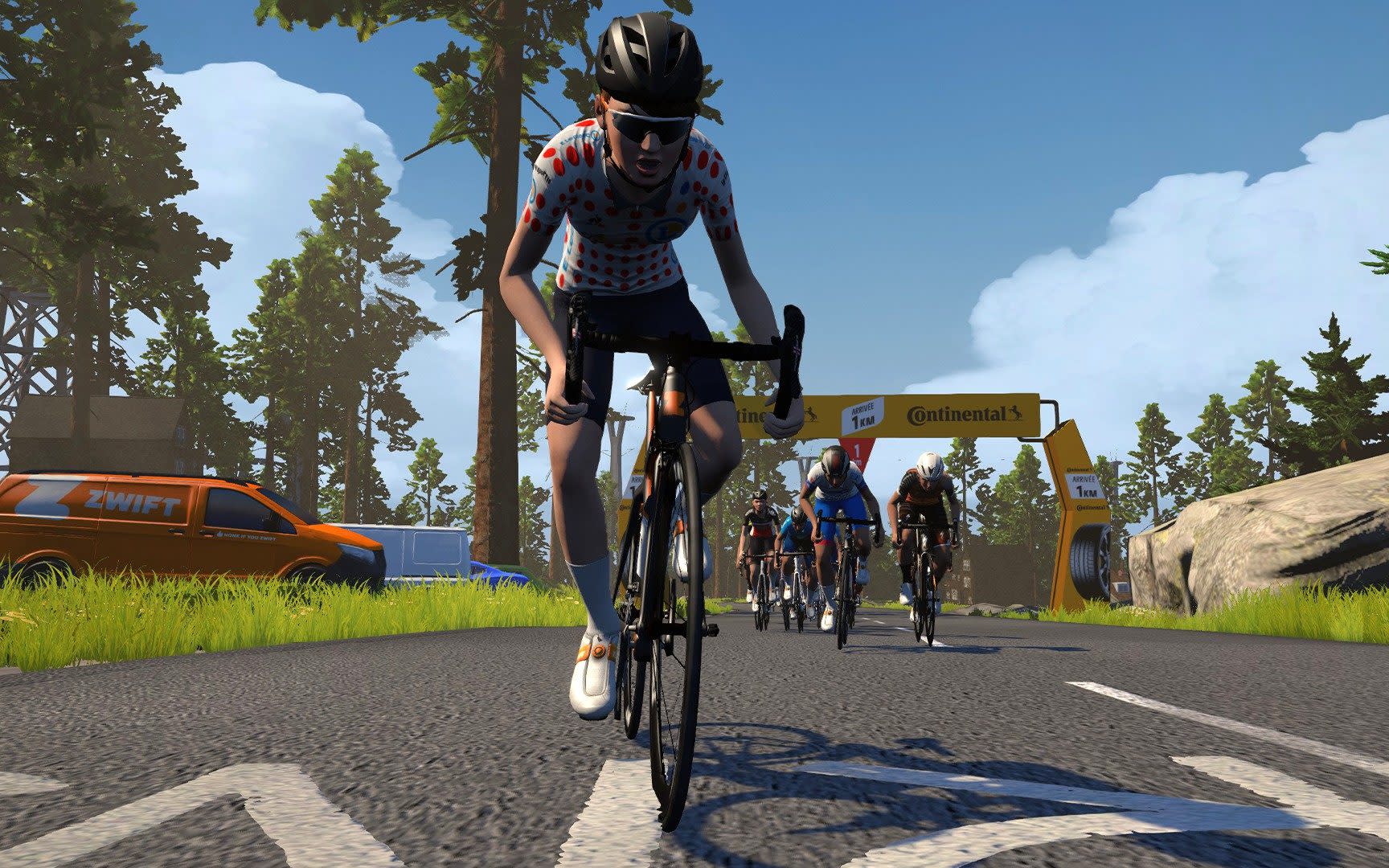 Get unlimited access to our expert analysis with a sport-only Telegraph subscription — £40 for 12 months (less than £1 a week) British champion Alice Barnes has hailed a new collaboration between online e-racing platform Zwift and Tour de France organisers ASO as a “massive opportunity” for women’s cycling. Zwift and ASO confirmed on Monday that, with the real Tour de France postponed this year due to coronavirus, they were planning to host a 'virtual Tour de France’ beginning this weekend for 40 professional teams (23 men and 17 women). The stages will be broadcast in over 130 countries worldwide. Zwift CEO Eric Min told Telegraph Sport that if the event went well it could be expanded into a full three-week virtual women’s Tour de France next year. This year’s event, which will run over three consecutive weekends in July (two stages each weekend, each stage lasting one hour) will feature star riders including Chris Froome, Geraint Thomas and Egan Bernal on the men’s side, and Marianne Vos and Chloe Dygert on the women’s. Zwift power: How amateur cyclists can log on and join the pros from the safety of their own home Each team will be made up of four riders who will swap from weekend to weekend. No male rider will be allowed to ride more than two stages, and no female rider more than four. The parcours will include a virtual recreation of Mont Ventoux (albeit only as far as Chalet Reynard) as well as the iconic Champs Élysées finish in Paris. And riders will be awarded the famous yellow, green, polka-dot and white jerseys. 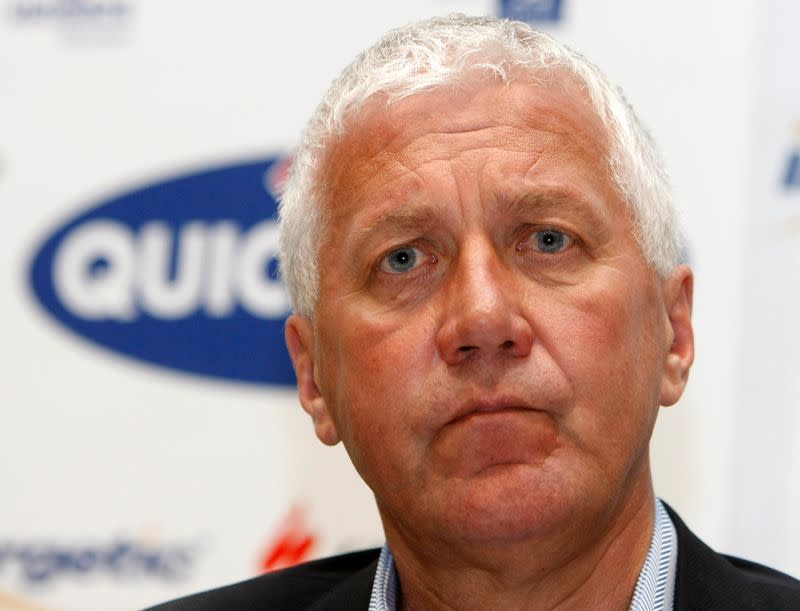 The WorldTour is due to return on Aug. 1 with the Strade Bianche one-day event in Tuscany but racing will resume before that with Lefevere's team involved in the inaugural Belgian Grote Prijs Vermac one-day race in Rotselaar on July 5. Several other leading teams will be involved but Lefevere has watched the debacle of Novak Djokovic's Adria Tour tennis event after which he and several other players tested positive.