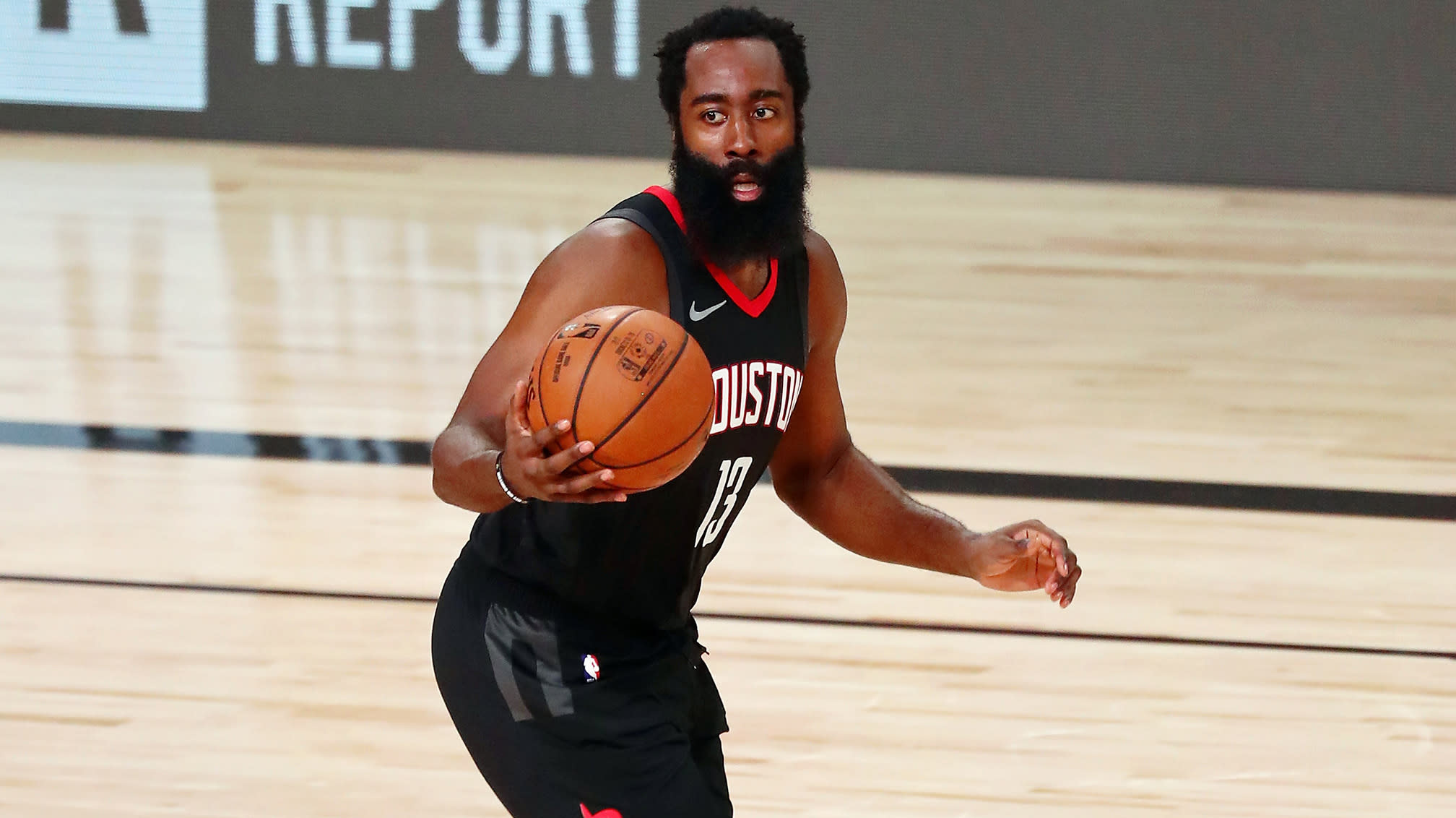 Jonas breaks down James Harden's big night, some injury updates and the race for the 8th seed out West! (Kim Klement-USA TODAY Sports)

Players kneeling for anthem met with boos before MLS game 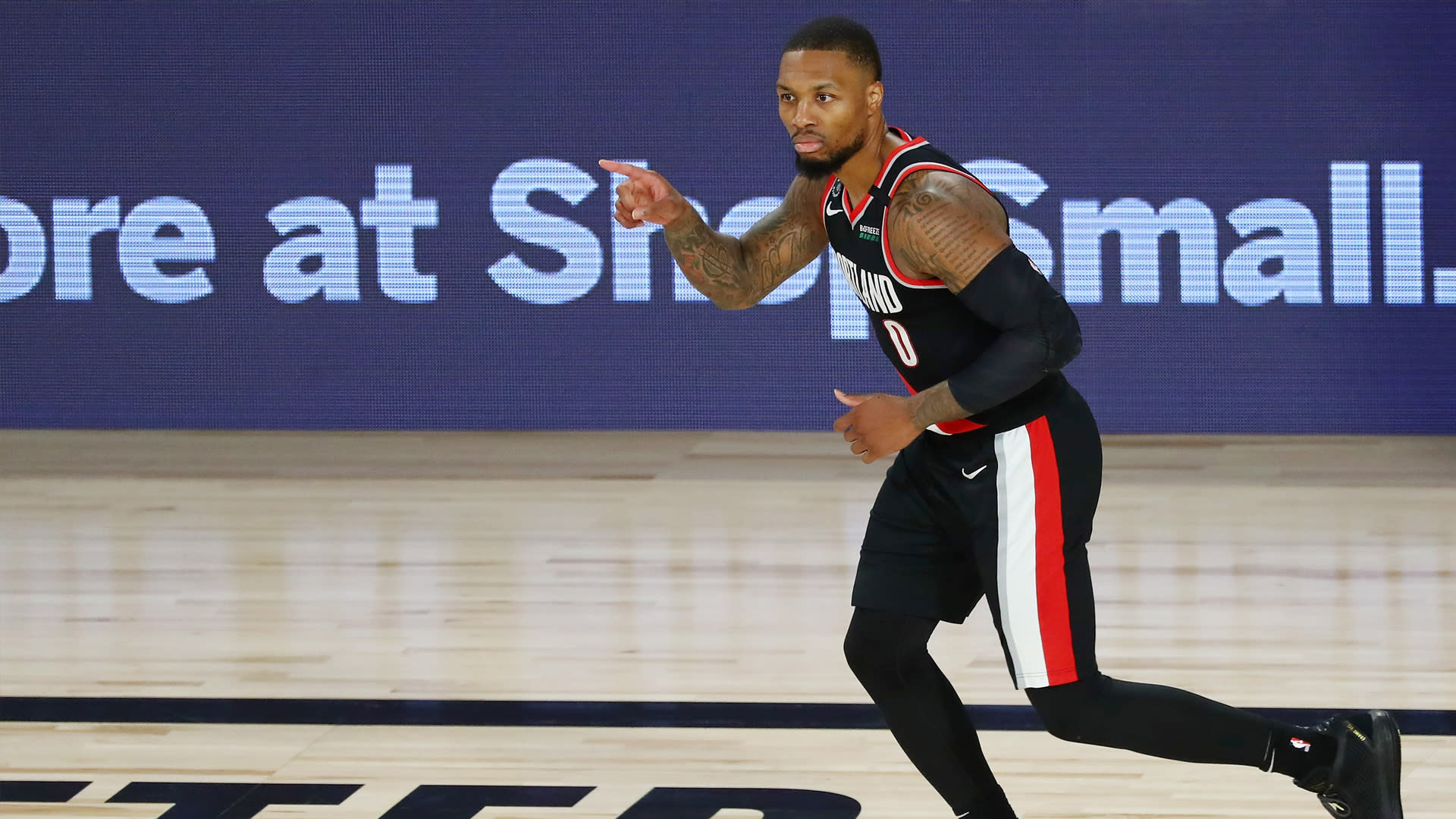 After Thursday, the Warriors will know two teams that are joining them in the Aug. 20 lottery.

Brayden Schenn on the Blues going on the penalty kill six times in Game 1: "Penalties are going to happen. At the end of the day, it is what it is. There's no sense complaining about it now. We'll find a way to be better in Game 2." 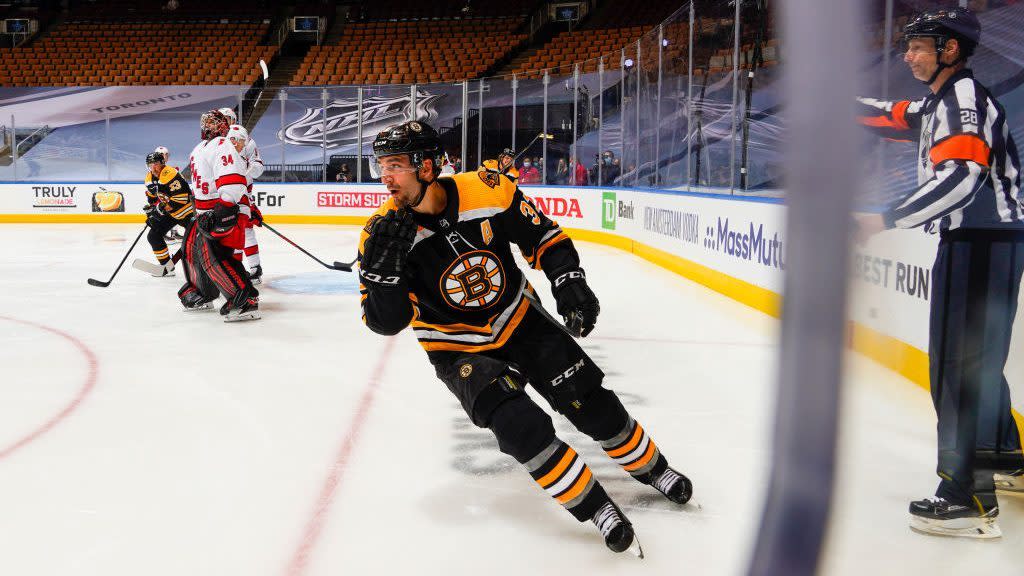 Breaking down the NHL action from Wednesday in the 2020 Stanley Cup Playoffs. 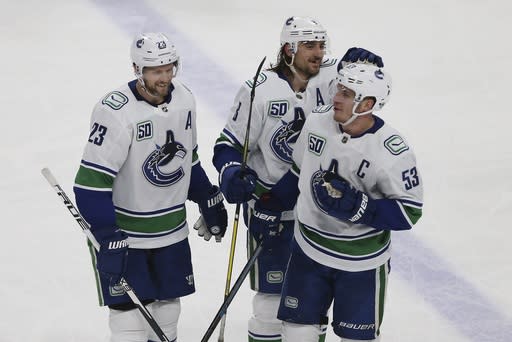 Bo Horvat scored twice and the Vancouver Canucks beat the St. Louis Blues 5-2 on Wednesday in the opening game of their best-of-seven first-round series.
Craig Berube on what the Blues need to do better after their Game 1 loss to the Canucks: "We're going to have to do a better job of getting more traffic in front of the goalie and getting some greasy goals."
Horvat scores twice, Canucks beat Blues 5-2 in series opener 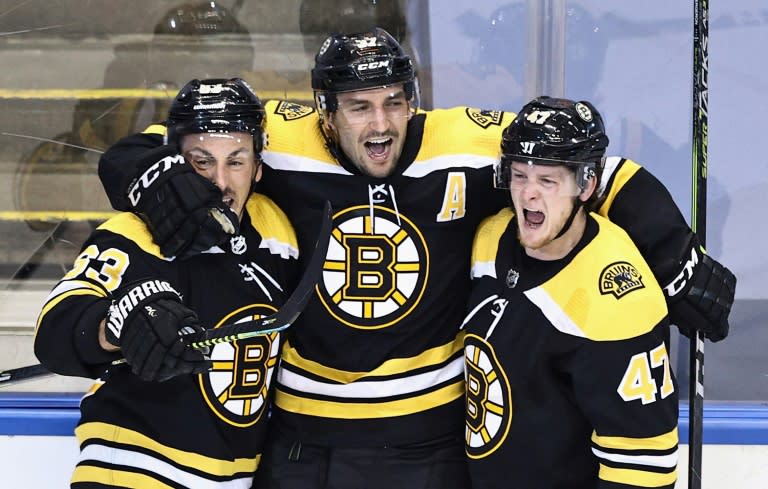 Boston's Patrice Bergeron scored 1:13 into the second over-time period Wednesday to give the Bruins a 4-3 National Hockey League victory over Carolina in a postponed playoff game. It was the first triumph in four games in the Eastern Conference bubble at Toronto for the Bruins, who led the NHL in wins and points when the COVID-19 pandemic shut down the season on March 12. Boston went winless in three seeding games before the playoffs, leaving them as only a fourth seed despite their strong regular-season effort. 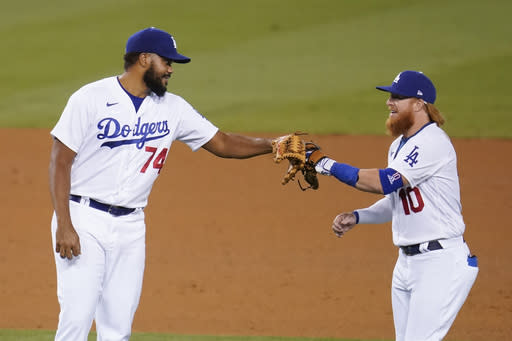 Tony Gonsolin and five relievers combined on a six-hit shutout, Justin Turner hit a three-run homer, and the Los Angeles Dodgers beat the San Diego Padres 6-0 on Wednesday night to avoid losing three in a row for the first time since last August. The Dodgers played small ball to score two runs in the fifth, then Turner slugged his second three-run blast of the season in the eighth off Craig Stammen. ''I love the homers as much as everybody, but to manufacture is as fun as anything,'' manager Dave Roberts said. 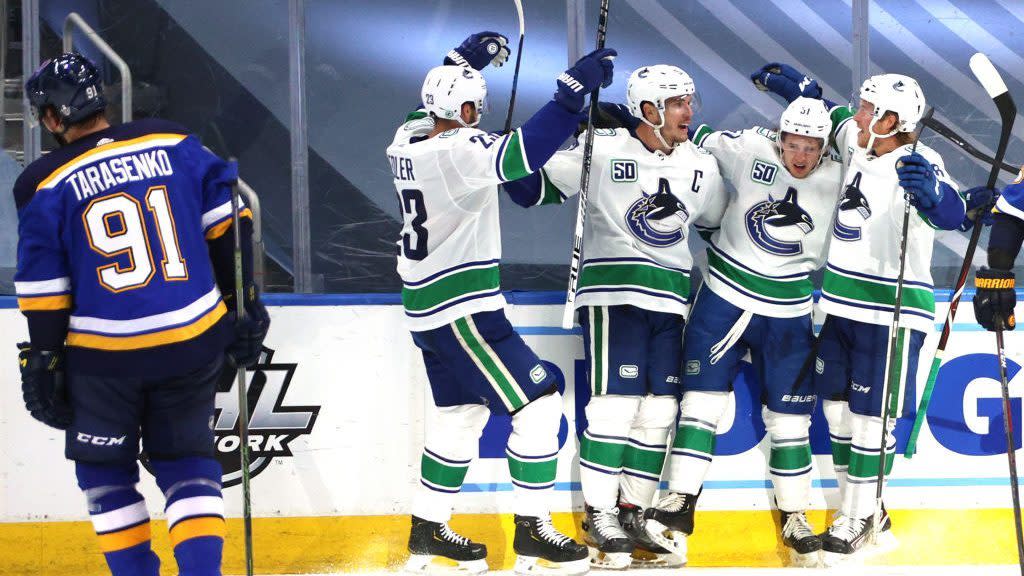 The young Canucks did not seem intimidated against the defending Stanley Cup champions. 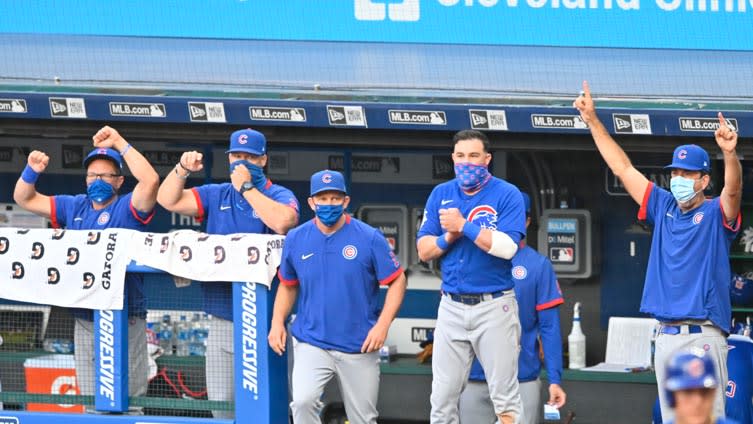 The Cubs return home for a series against the Brewers, starting Thursday, with a 12-3 record that ties its best through 15 games since it went 13-2 in 1907 on the way to a World Series championship. (Of course, the other time it went 12-3 was 1970, when the rest of the season was not so good). 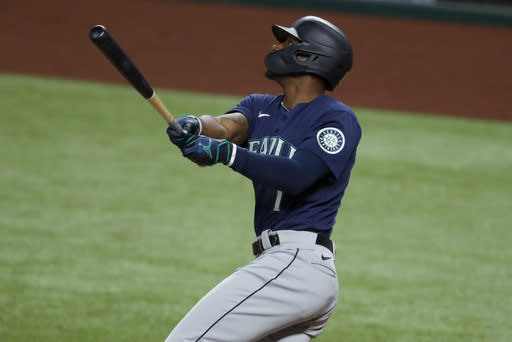 Todd Frazier scored the tiebreaking run on a wild pitch in the eighth inning, Willie Calhoun then hit a two-run single and the Texas Rangers overcame an early four-run deficit to beat the Seattle Mariners 7-4 on Wednesday night. Derek Dietrich started the Rangers' five-run eighth with his one-out single, before Elvis Andrus doubled and pinch-hitter Frazier was hit by a pitch. Dietrich scored on No. 9 batter Jeff Mathis' bloop single to left center before Shin-Soo Choo's sacrifice fly tied the game.