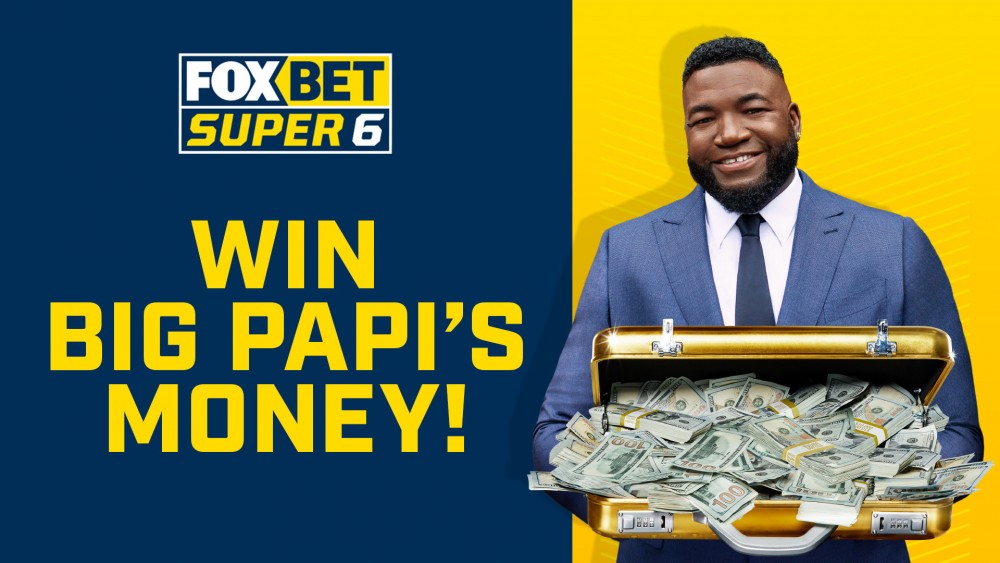 Boston Red Sox legend and current FOX MLB analyst David “Big Papi” Ortiz will join the FOX Bet team for the remainder of the 2021 season, offering his unique, playful and spot-on insight for the highly anticipated MLB All-Star game, and postseason this fall.

FOX Bet Super 6, a free-to-play app where users make six predictions about what they think will happen in live games, races or events, introduces the “Win Big Papi’s Money” contest this Saturday, June 19. Users will have a chance to win real cash via the “Win Big Papi’s Money” contest every MLB weekend for the remainder of the 2021 MLB regular season and postseason. Additionally, Ortiz will make contributions to the FOX Bet real-money Sportsbook app. 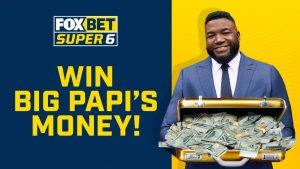 The in-game “Win Big Papi’s Money” contest poses 6 questions pertaining to what will transpire in innings 7, 8 and 9 of a given baseball game. Users compete for a guaranteed cash prize, that will range each week throughout the MLB season.

Ortiz is a three-time World Series Champion and former World Series MVP. Throughout his playing career, Ortiz earned 10 All-Star Game selections and seven Silver Slugger Awards, amassing 541 home runs, 2,472 hits and 1,768 RBIs. Ortiz retired in 2016 and as a tribute to his success in Boston, the Red Sox retired his jersey (No. 34) in 2017. He contributes to FOX Sports’ regular season, All-Star Game and MLB Postseason coverage. Ortiz made his broadcasting debut with FOX Sports as a guest studio analyst during the 2014 World Series and has continued to appear on the network since his retirement.

With nearly 100 million contest entries since launch in September 2019, over 50,000 winners nationwide and a user base of nearly 5 million, the FOX Bet Super 6 app has given away close to $5 million in prizes. Since the return of sports at the end of July 2020, FOX Bet Super 6 boasts the most downloads in the free-to-play category of Sports Prediction Apps (includes Fantasy). For its Super Bowl LV Super 6 contest, the app scored its most entries for a single contest ever with more than 1.4 million.