PointsBet and the Women’s National Basketball Association (WNBA) today announced a new partnership making PointsBet an Authorized Gaming Operator of the WNBA. The relationship adds to PointsBet’s impressive list of partners in the U.S., including the National Basketball Association (NBA), and notably represents the company’s first deal with a women’s professional sports league.

As part of the partnership, PointsBet will integrate the WNBA into their betting platforms and receive WNBA sponsorship and brand visibility opportunities. This partnership is another bold move for the WNBA, a league looking to grow in the sports betting landscape, by bringing on operators who are looking to support the best women’s basketball in the world while also growing the game using their wide audience reach. 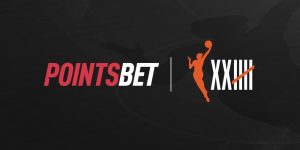 Viewed as an industry leader for responsible gaming efforts and awareness, PointsBet and the WNBA will also work together on best-in-class practices to protect the integrity of WNBA games.