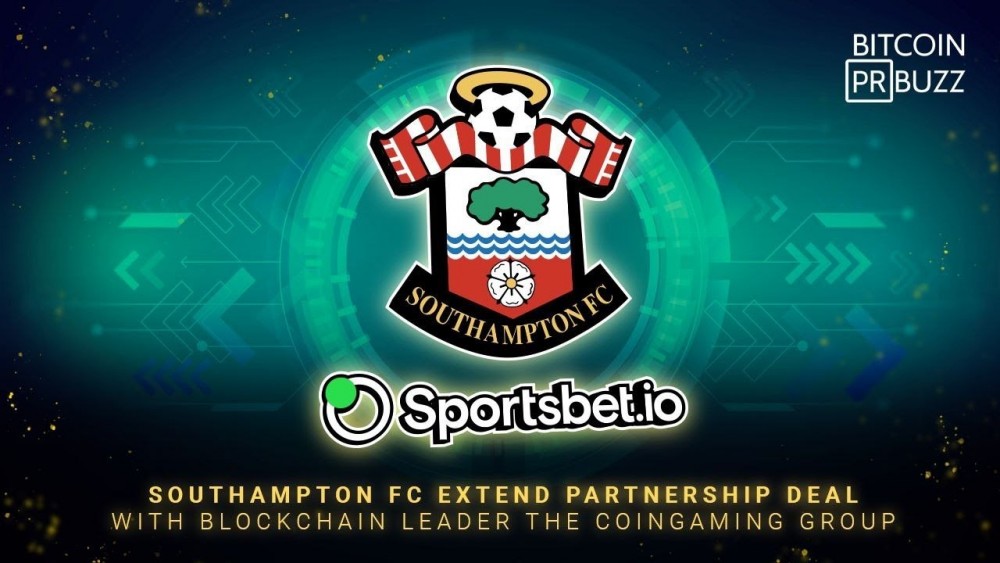 Southampton Football Club is pleased to announce that it has agreed to extend its partnership with the Coingaming Group as Main Club Partner for a further three years in a deal that will see their brand, Sportsbet.io continue as the club’s front-of-shirt sponsor.

Bitcoin Bonuses The deal is the biggest sponsorship agreement in the club’s history and also includes the option for the club to be paid certain performance-based bonuses in Bitcoin at the end of each season, allowing the club the opportunity to take advantage of the new, high-growth currency if it feels it will bring significant future benefits. 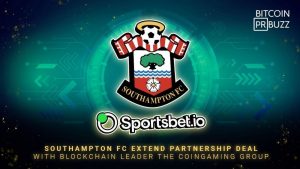 Positive Community ImpactsThis partnership will allow Sportsbet.io to continue to build on the strong relationship it has built with the club and its supporters in the last year. Since becoming Main Club Partner in August 2020, when they stepped in at short notice to take over the front-of-shirt sponsorship, they have worked tirelessly with the club to create a positive impact in the local community and highlight the importance of safe betting – a duty they take extremely seriously.

This work has included their ‘Listen To The Saint In You’ campaign that was launched during Safer Gambling Week, linking up with a number of Saints players to encourage fans to consider the risks before placing a bet.

Southampton FC Chief Commercial Officer, David Thomas commented:“The team at Sportsbet.io have built a successful business by challenging convention and disrupting the market, but in a responsible way, and their approach to our partnership with them has been no different.

“In a short timeframe they’ve proven to be innovative, forward thinking and extremely supportive of the club, our fans and the wider community, and we’ve welcomed the opportunity to develop and promote safe gambling messages together. As such they have become valued partners and we look forward to the next chapter together.”

Sportsbet have also played a key role in the club’s launch of the Positive Impact Pledge, which enabled start-ups and entrepreneurs to apply for grants to help launch their businesses during the Covid-19 pandemic.

Raising Awareness Through Philanthropy Most recently Sportsbet.io also donated their shirt sponsorship to the Saints Foundation for the Premier League match against Burnley to help drive awareness of the Foundation’s fundraising efforts as they aim to raise vital funds lost due to the pandemic. This gesture alone helped the Foundation raise thousands of pounds on the day, a figure that was topped up by Sportsbet.io, who very generously donated an additional £10k.

CEO of the Coingaming Group Maarja Pärt, added:“Our first season as Southampton FC’s Main Club Partner has already exceeded all expectations. We’ve been inspired by the passion of the club and its fans, and it was an easy decision for us to extend our partnership with the Saints for another three years.

“From the beginning, Southampton have been a perfect match for the fun, fast and fair way we do things at Sportsbet.io. We can’t wait to continue this journey with the Saints, and we’ll be doing everything we can to support the team and its community into the future.”

Following their short notice appointment as the front-of-shirt sponsor for Southampton FC, Sportsbet have impressed with the hugely positive impact that they have had on the brand and its community. As a result, the Premier League team are happy to extend its partnership with the blockchain innovator until at least 2024.