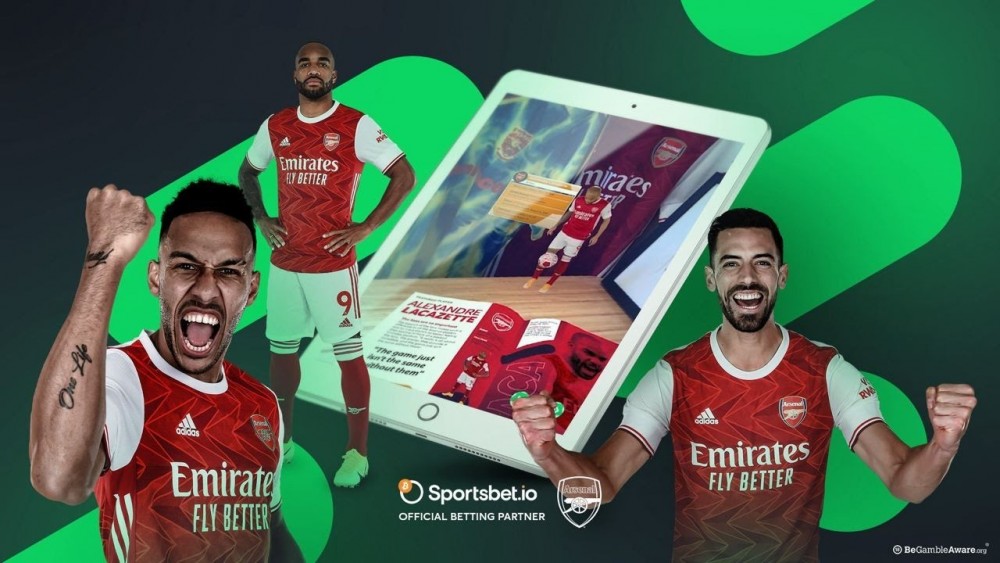 The new augmented reality matchday program uses the latest AR technology to let fans bring the players into their living room. The creative concept aims to leverage Sportsbet.io‘s matchday rights with the Gunners digitally, recreating the magic of matchday at home.

Augmented Reality Matchday ProgramThe activity brings to life all the components of a traditional matchday program with an innovative twist and includes Captain’s Notes from a virtual Pierre-Emerick Aubameyang alongside player profiles, quickfire interviews, footage from the training ground and an interactive AR squad selector that lets fans pick their team for the match ahead.

With the majority of matches from the 2020/21 season being carried out behind closed doors due to Covid-19, the AR program allows fans to enjoy one of the key elements of their usual matchday routine from the safety of their own home, and keeps them connected to both the players and the club. 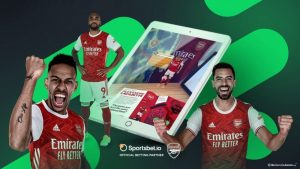 Redefining The Fan ExperienceSportsbet.io are using their partnerships in football to redefine the fan experience by combining cutting-edge technology with their cryptocurrency expertise, delivering exclusive experiences that reward Arsenal’s large global fanbase and Sportsbet.io customers. The initiative is a demonstration of Sportsbet.io’s constant drive to innovate and the sportsbook believe that the role of cryptocurrency in sport is only going to increase.

The program will be hosted on a private Sportsbet.io app and activated via influencers for the remainder of the 20202/21 season. The first two influencer activations went live in April, with world champion freestyler Sean Garnier and Entrepreneur come Gooner, Leo Dasilva.

Virtual Reality MatchdayThis is the second virtual matchday initiative developed by Sportsbet.io’s creative and PR agency Fuse for their Premier League club partnerships, alongside the virtual reality stadium tours delivered with Southampton FC. The initiative was developed by Fuse in response to the Covid-19 pandemic, working as a digital solution to activating matchday rights in a behind-closed-doors environment.